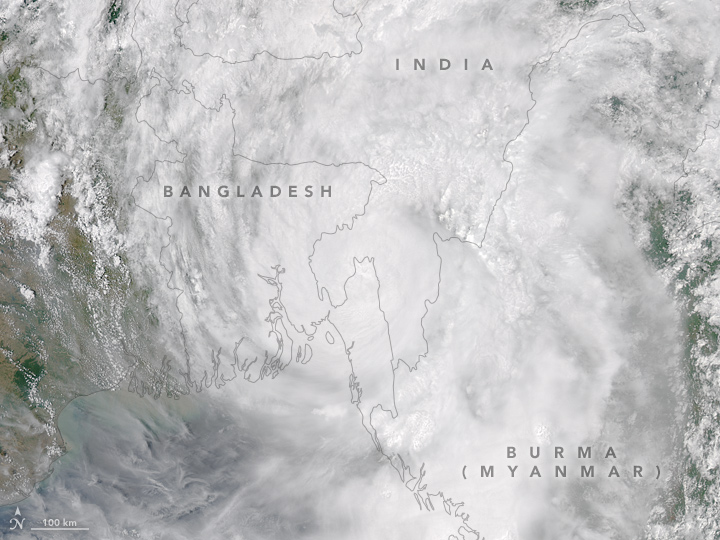 Cyclone Mora pummeled Bangladesh with high winds and heavy rain on May 30, 2017. The Moderate Resolution Imaging Spectroradiometer (MODIS) on NASA’s Aqua satellite captured this natural-color image of the cyclone that day.

Maximum wind speeds reached 120 kilometers (75 miles) per hour, according to the Global Disaster Alert and Coordination System. The organization reported that more than 11 million people were affected by winds equivalent to a category 1 hurricane—strong enough to cause damage to houses, crops, and trees.

Millions of people live in the low-lying coastal regions of Bangladesh, India, and Myanmar. Authorities in Bangladesh oversaw large-scale evacuations as storm winds battered the coast, local news sites reported. Cox’s Bazar, the town where Mora made landfall, was especially hard hit, with damage to thousands of structures, according to news reports.

In its final warning, the Joint Typhoon Warning Center reported that Mora should dissipate as it moves into rough terrain over northeast India. 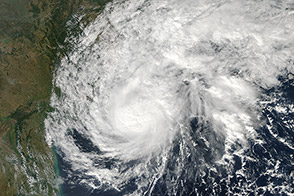 A tropical cyclone approached the coast of India in late November 2013.