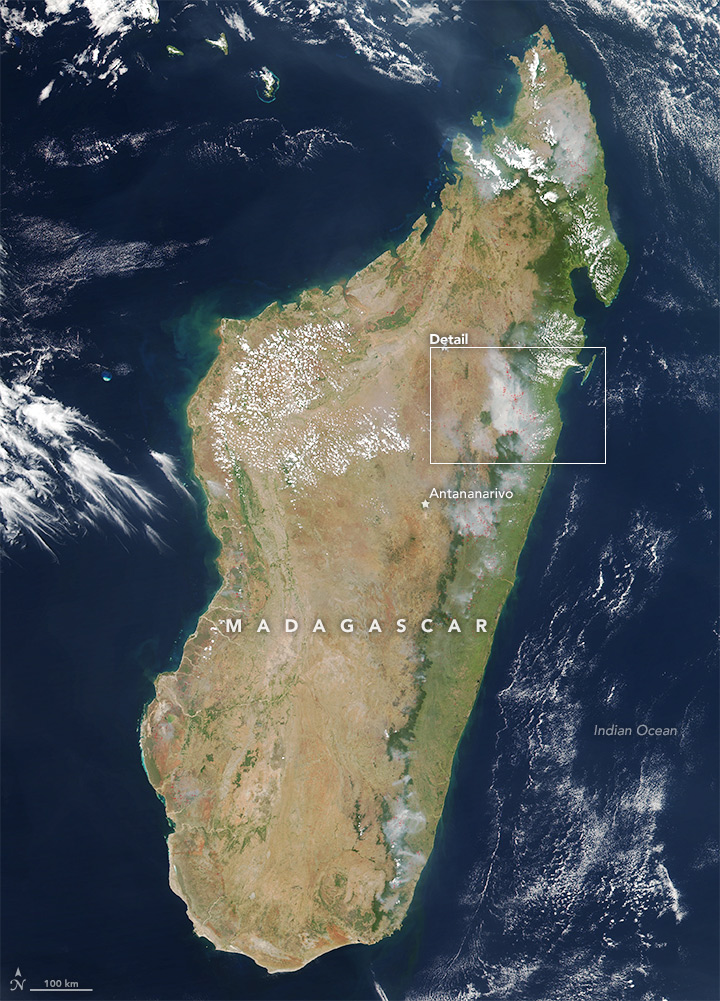 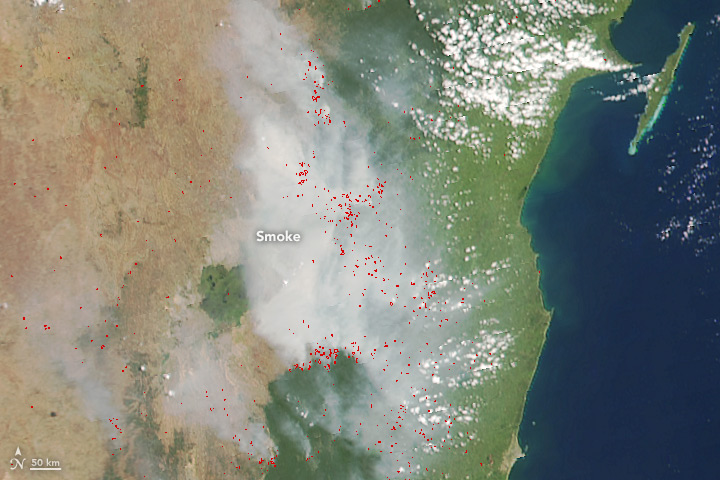 The broad image shows the dramatic change in Madagascar’s landscape from the coast to the highland interior. Light green areas along the coastal plain are a mixture of forest and agricultural land. Dense forests appear deep green. The grassland and savanna ecosystems of the interior high plateau appear in shades of dull green, tan, and reddish-brown.

Most of the fires are scattered across the coastal plain to the east, though there are also numerous fires along the west coast. Several of the smokiest blazes appear at the edges of densely forested areas. Some may be naturally occurring forest fires, but they are more likely intentional land-clearing or accidental human-caused fires.

In a country with nearly 10 million cattle, pasture management is one of the primary uses of fire. Burning grasslands prevents the encroachment of woody plants that are unpalatable to cattle. According to one estimate, about one quarter to one half of the island’s grasslands are burned each year. Fire is also widely used to clear brush or forest for farm fields.

Although agricultural fires are not immediately hazardous, they can have a significant impact on climate, air quality, and plants and animals, particularly when they grow out of control.