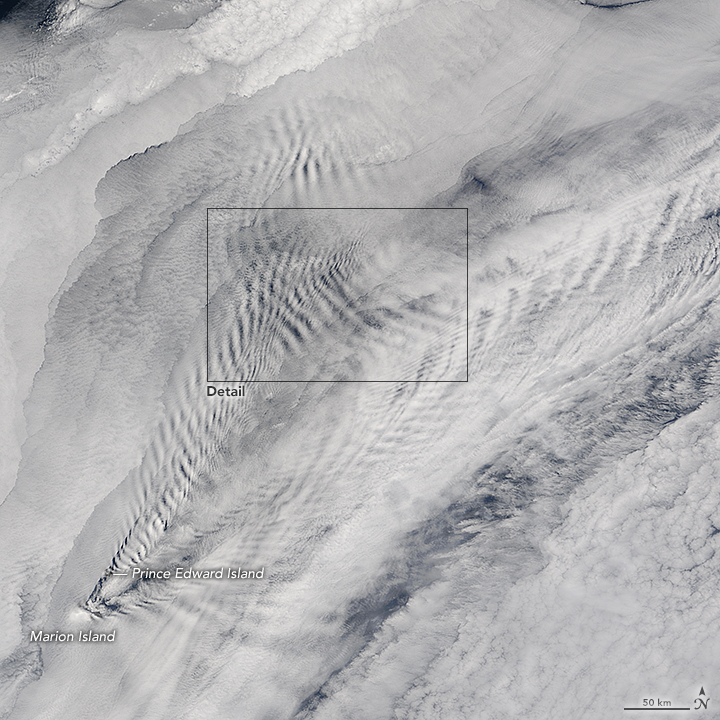 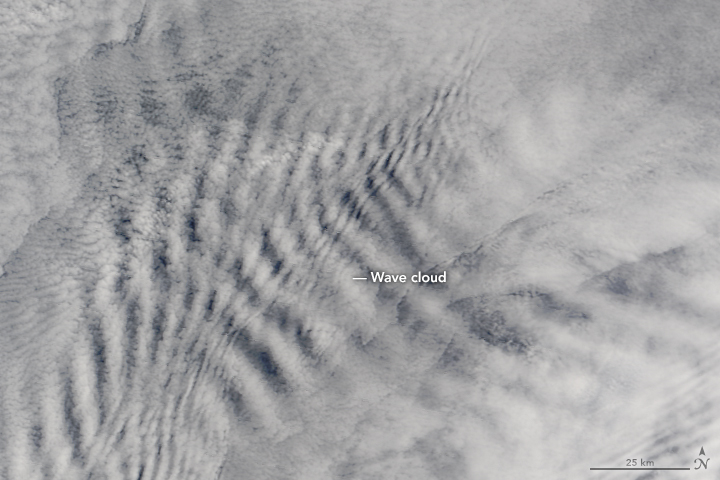 Located about 1,000 kilometers (620 miles) from South Africa, the Prince Edward Islands jut out of the southern Indian Ocean at a remote point between Africa and Antarctica. The larger of the two islands—Marion Island—reaches an elevation of 1,230 meters (4,040 feet) at its highest peak. A volcanic mountain on Prince Edward Island reaches 672 meters (2,205 feet). Both islands have volcanic origins.

As shown by this natural-color satellite image, the peaks are high enough to disrupt the air masses and clouds flowing around them. On November 5, 2015, the Moderate Resolution Imaging Spectroradiometer (MODIS) on NASA’s Terra satellite captured this image of mountain-wave clouds flowing in a northeasterly direction on the lee side of the islands. See the lower image for a more detailed view.

Wave clouds can form when stable air flows over a raised land form. In this case, the island generated wave motions in the air passing over it, much like the bow of a ship creates ripples as it cuts through water. The crests of these lee waves raised and cooled the air enough to form clouds, while the troughs remain too low and warm for cloud formation. Seen from above, the result is a distinctive banded pattern.

You can see more images of islands creating wave clouds here and here. See an animation of wave cloud formation published by Earth Science Picture of the Day by clicking here.