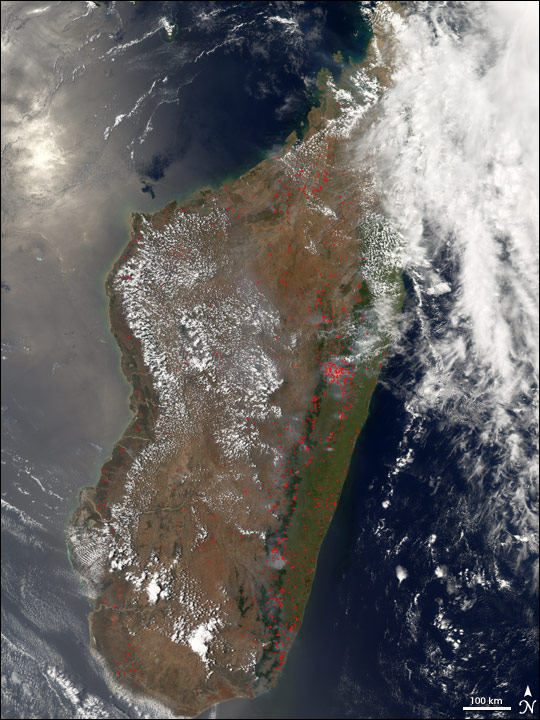 On November 6, 2006, the Moderate Resolution Imaging Spectroradiometer (MODIS) on NASA’s Aqua satellite captured this image of widespread fires burning across the island of Madagascar, which lies off the southeast coast of Africa. Fires, marked in red, are burning across many different ecosystems: in and around the rainforests (deep green strip) that parallel the eastern coast; the humid grasslands (green) along the east coast; and the drier grasslands that cover most of the rest of the island (light brown). Nearly all of these fires are likely agricultural in origin, with people setting fires to clear farmland and pasture. Some fires in the rainforest may be “slash-and-burn” fires in which rainforest is cleared to make way for agricultural land.

You can download a 250-meter-resolution KMZ file of Madagascar for use with Google Earth.