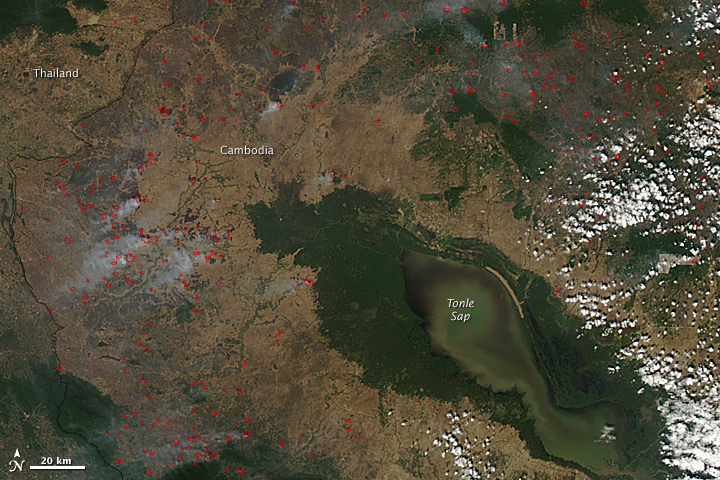 The Moderate Resolution Imaging Spectroradiometer (MODIS) on NASA’s Aqua satellite detected dozens of fires burning in western Cambodia on January 21, 2011. The fires are outlined in red. Most of the fires burn in grass or cropland, which is tan in this image. The deep green forest that surrounds the Tonle Sap and exists in fringes elsewhere is mostly free of fires.

The location, widespread nature, and number of fires suggest that these fires were deliberately set to manage land. Farmers often use fire to return nutrients to the soil and to clear the ground of unwanted plants. While fire helps enhance crops and grasses for pasture, the fires also produce smoke that degrades air quality. In Southeast Asia, the agricultural burning season usually runs from mid- to late-January, after the year’s primary crops are harvested, through April or May, when the next growing season begins.