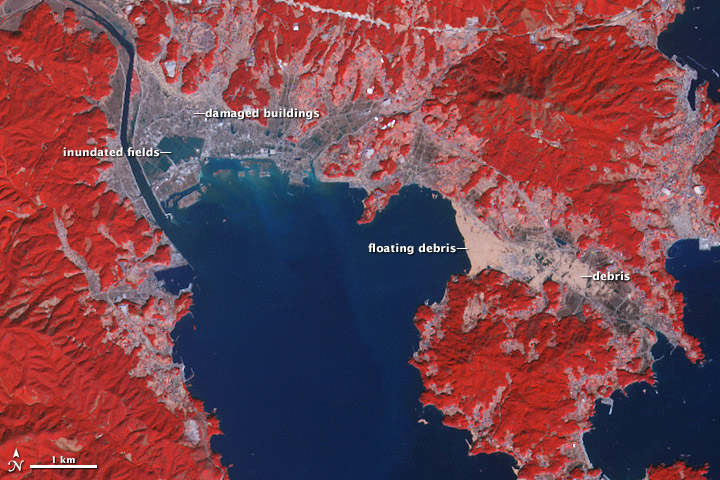 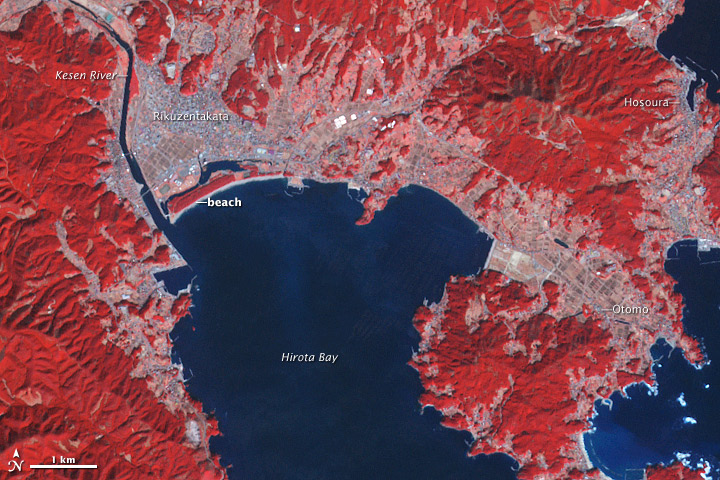 When a magnitude 9.0 earthquake occurred off the northeast coast of Japan and triggered a tsunami in March 2011, one of the hardest hit areas was the city of Rikuzentakata. At the end of a narrow inlet, the city of roughly 8,000 households lost 75 percent of its homes. On March 14, 2011, The Mainichi Daily News declared: “Rikuzentakata has been erased.”

In the wake of the tsunami, the coastline of Rikuzentakata was totally reshaped. A long barrier beach with well-vegetated land, visible in 2007, was almost completely gone from the waterfront in 2011. North of that, flood water sat on agricultural fields.

East of Rikuzentakata, a large mass of peach-colored floating debris was visible. Debris, both floating and resting on land, extended eastward to Otomo, much of it lying over what had been farms. The debris mass likely contained material swept out of Rikuzentakata. If you open this larger image (6MB download) from 2011, you can see what were likely debris streams well off the Japanese coast.