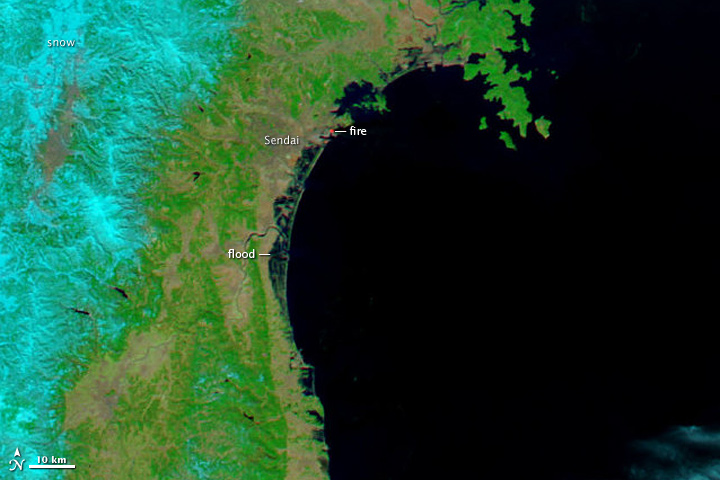 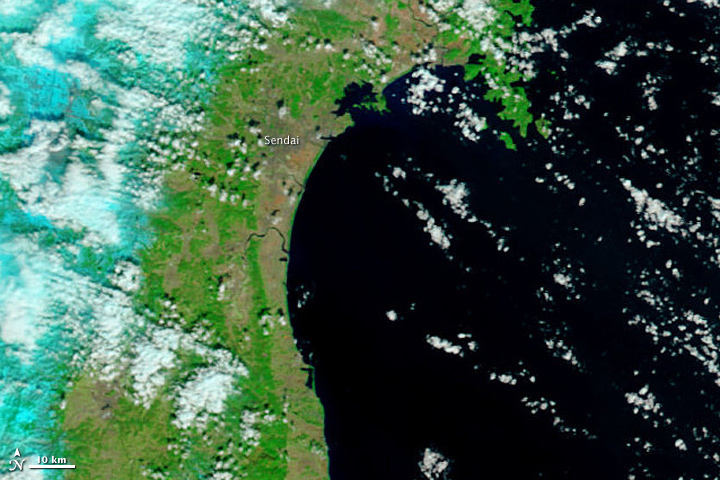 Skies over northeastern Japan were entirely cloud-free on March 13, 2011, providing a clear view of tsunami flooding along the coastline. Water, black and dark blue in these false-color images, still covers the ground as much as five kilometers (three miles) from the coast. The lower image, taken on February 26, 2011, shows the coastline under normal conditions.

The Moderate Resolution Imaging Spectroradiometer (MODIS) on NASA’s Aqua satellite took the top image, while the MODIS sensor on NASA’s Terra satellite took the lower image. Both images were made with infrared and visible light to highlight the presence of water on the ground. Plant-covered land is bright green, bare earth is tan-pink, and snow is blue. The city of Sendai is brown.

At this level of detail, the flooding along the coastline is the most obvious sign of the destructive earthquake and tsunami that struck Japan on March 11. A bright orange-red spot near the city of Sendai is the thermal signature from a fire, also likely caused by the earthquake. The photo-like true-color version of the image shows a plume of black smoke extending east over the ocean.

The images are from the MODIS Rapid Response System, which is producing twice-daily images of Japan in response to the disaster.