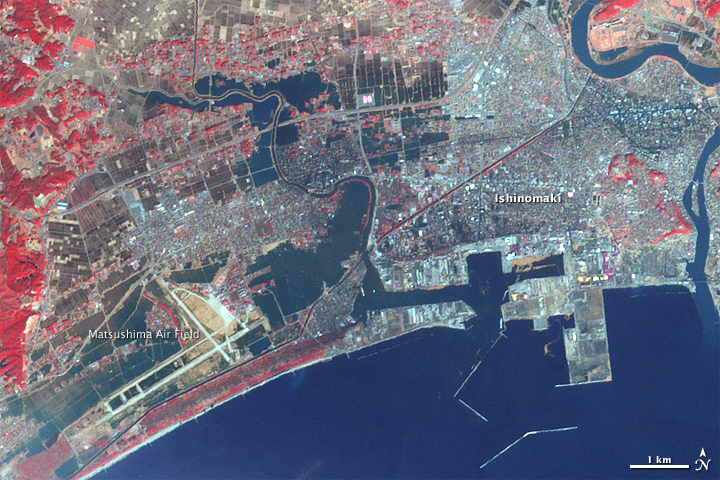 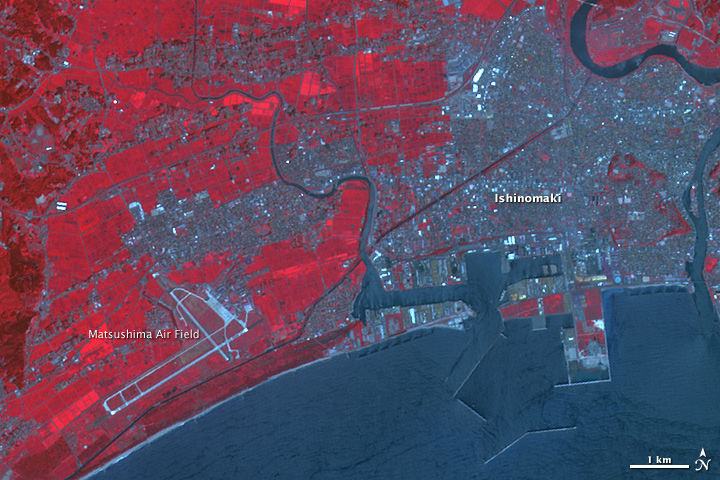 The Japanese city of Ishinomaki was one of the hardest hit when a powerful tsunami swept ashore on March 11, 2011. When the Advanced Spaceborne Thermal Emission and Reflection Radiometer (ASTER) on NASA’s Terra satellite acquired the top image three days later, on March 14, water still inundated the city. The lower image, from August 8, 2008, shows water levels under normal circumstances.

Water is dark blue in this false-color image. Plant-covered land is red, exposed earth is tan, and the city is silver. Standing water is most evident in the flat, open places that were once fields. The most extensive flooding is around the Matsushima Air Base in the lower left corner of the image. According to news reports, several airplanes were damaged in the tsunami. The neighborhoods immediately around the airstrip are also flooded.

Dark blue fills in the spaces between buildings in sections of Ishinomaki near the harbor in the center of the image and by the river in the upper right. These areas are probably flooded. Survivors in parts of Ishinomaki were being rescued in boats, reported CNN. The large image shows additional flooding near Ishinomaki and farther south in Sendai.