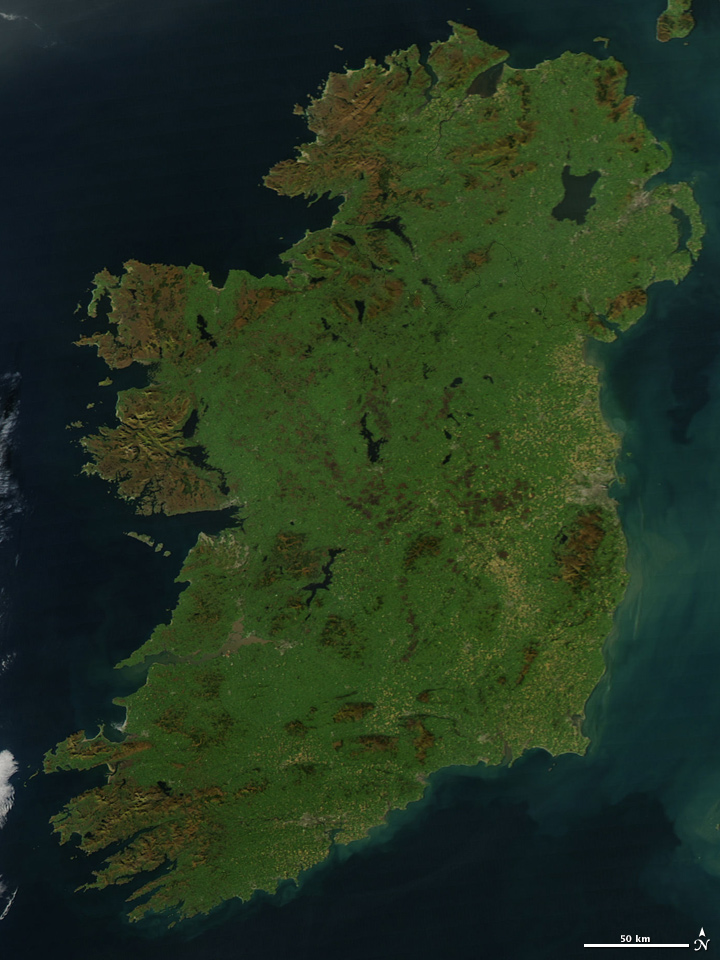 It is easy to see from this true-color image why Ireland is called the Emerald Isle. Intense green vegetation, primarily grassland, covers most of the country except for the exposed rock on mountaintops. Ireland owes its greenness to moderate temperatures and moist air. The Atlantic Ocean, particularly the warm currents in the North Atlantic Drift, gives the country a more temperate climate than most others at the same latitude.

Moist ocean air also contributes to abundant rainfall. Ireland receives between 750 and 2000 millimeters (29 and 78 inches) of rain per year, with more rain falling in the west and in the mountains. Most of the rain falls in light showers.

This moist climate means plenty of clouds and fog. According to the Irish Meteorological Service, the sky is entirely cloudy more than 50 percent of the time. There are more clouds during the day than at night, and fog is common.

The cloud-free view shown here is extremely rare. The Moderate Resolution Imaging Spectroradiometer (MODIS) on NASA’s Aqua satellite captured the image on October 11, 2010, a time of year when Irish weather alternates between rainstorms from the west and cool, dry weather brought by high-pressure systems known as anticyclones.