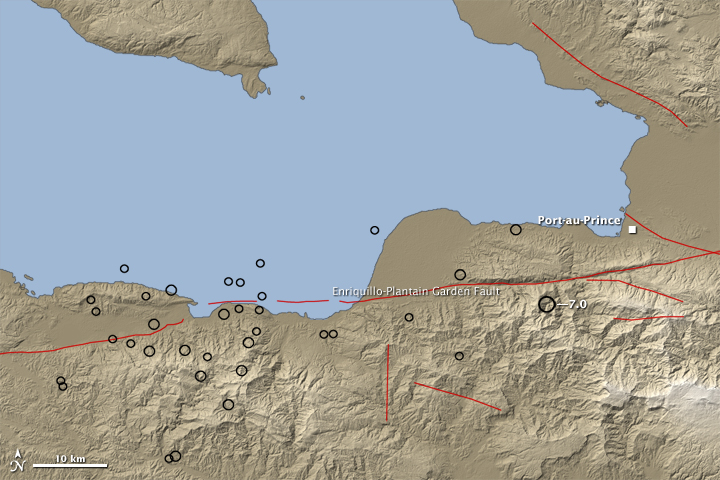 The epicenter of the quake appears just south of the Enriquillo-Plaintain Garden Fault, the southernmost of two major east-west-trending faults that bear the stress of the convergence of the Caribbean and North America tectonic plates in this location. Though faults are weak spots or fractures in the Earth’s crust below the surface, very often there are topographical clues to their presence. In this case, the presence of the fault is indicated by long, straight valley cutting through southern Haiti, just south of Port-Au-Prince. The Enriquillo-Plaintain Garden Fault is a strike-slip type fault, with the Caribbean plate moving eastward with respect to the North America plate.