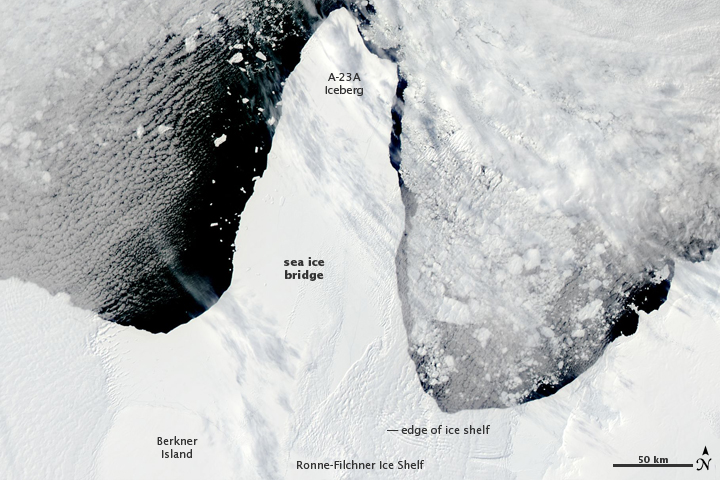 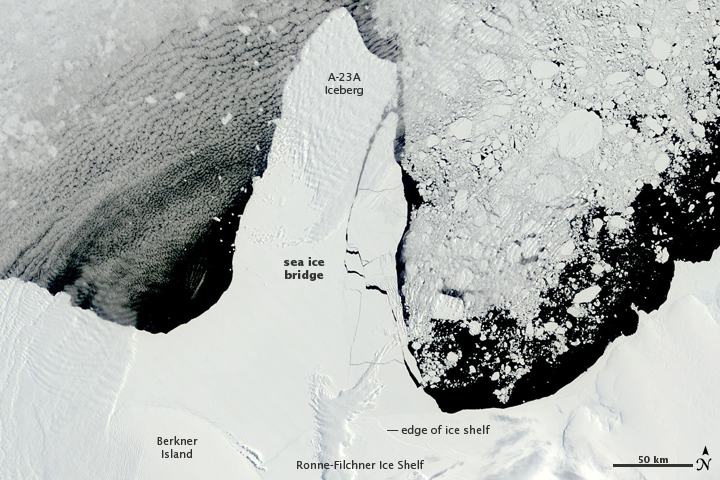 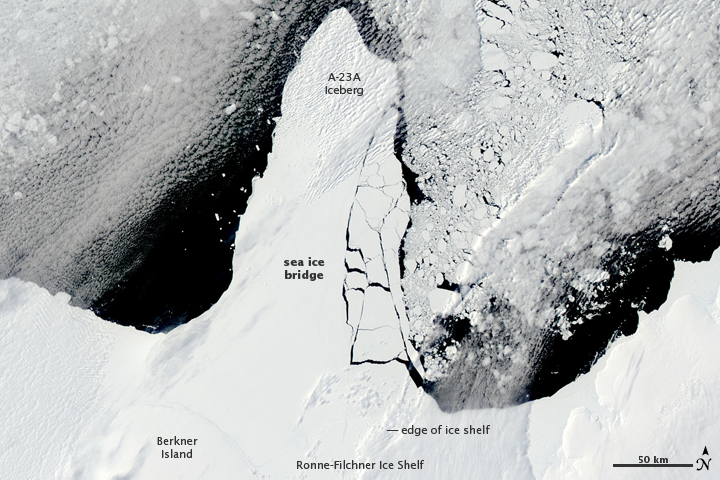 Within a 24-hour space, an area of sea ice larger than the state of Rhode Island broke away from the Ronne-Filchner Ice Shelf and shattered into many smaller pieces. The Moderate Resolution Imaging Spectroradiometer (MODIS) on NASA’s Aqua and Terra satellites captured this event in this series of photo-like images from January 12 and January 13, 2010.

The long, narrow tongue of ice is a bridge of sea ice linking the A-23A iceberg to the Ronne-Filchner Ice Shelf in West Antarctica. The ice bridge is fast ice, or sea ice that does not move because it is anchored to the shore. Compared to an ice shelf, the sea ice is a thin shell of ice over the ocean. The difference in thickness is visible in the images. The taller, thicker Ronne-Filchner Ice Shelf casts a visible shadow on the ice bridge made of sea ice. This particular ice bridge breaks up and reforms regularly. Even though the images show a routine event, they provide a spectacular view of the sometimes dramatic arrival of summer in the Polar South.

The highest resolution version of the images (250 meters per pixel) are provided above. All three images, January 12, January 13, morning, and January 13, afternoon are available in additional resolutions from the MODIS Rapid Response System.