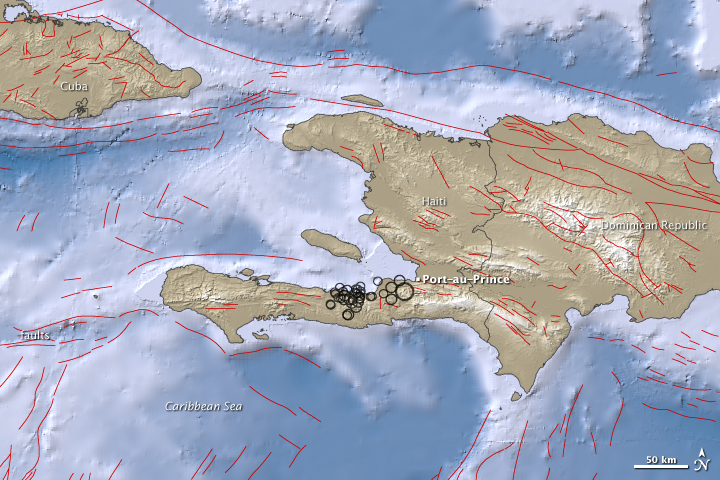 This map shows the topography and tectonic influences in the region of the earthquake. Ocean areas appear in shades of blue, and land areas appear in shades of brown. Lighter colors indicate higher elevation on land and shallower depth in the water. Black circles mark earthquake locations determined by the USGS, and circle sizes correspond with quake magnitudes. Dozens of aftershocks followed the main quake. Red lines indicate fault lines.

According to news reports, schools, hospitals, government buildings, aid centers, and homes collapsed. Authorities reported that thousands were feared dead. Survivors scrambled to rescue trapped friends and family members without the benefits of electricity or phone service while more than 30 aftershocks rocked the area.

7.3-Magnitude Quake off the Honduras Coast

This image shows the topography and bathymetry of the region surrounding the earthquakes that occurred on May 28-29, 2009. Red circles indicate quake locations, and fine black lines indicate fault lines.