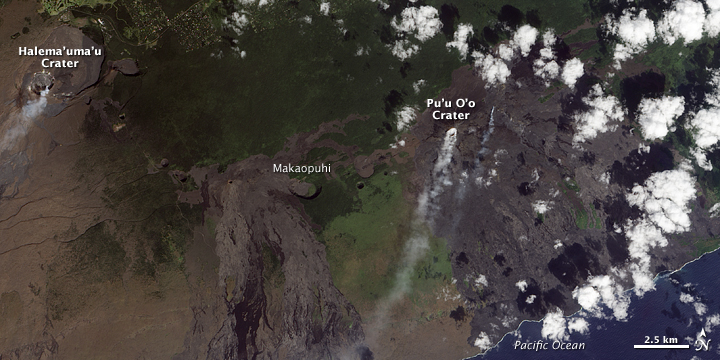 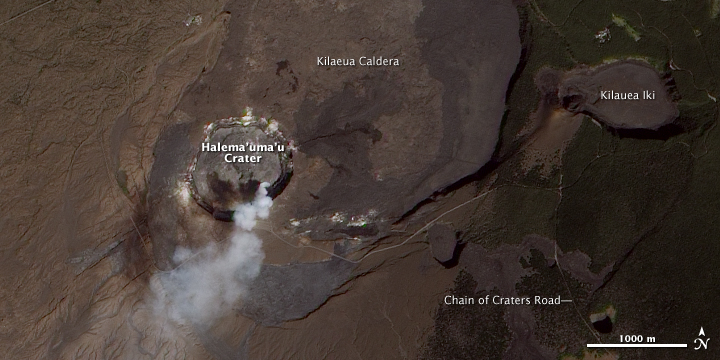 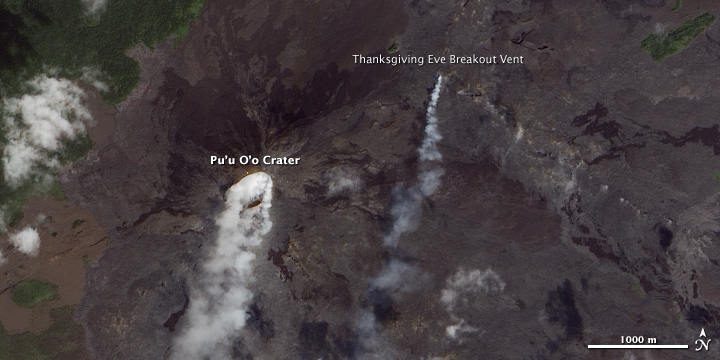 At the Halema‘uma‘u Crater, a plume emanates from a relatively small location on the southeastern crater rim. The plume’s light color suggests a high proportion of water vapor, although some ash might mix with steam in this plume.

The Pu‘u O‘o Crater is completely obscured by a volcanic plume, which appears to arise from the entire crater. Northeast of this crater, another plume billows from a pinpoint of activity, the Thanksgiving Eve Breakout Vent. (This breakout vent formed on the eve of Thanksgiving in 2007.) Like the plume from Halema‘uma‘u Crater, these plumes appear light in color, and likely contain more steam than ash.

According to bulletins issued by the Hawaiian Volcano Observatory on December 11 and 12, 2009, a deep pit in Halema‘uma‘u Crater held two openings from which a glow (likely from magma) appeared. A network of tilt meters recording inflation and deflation at Kilauea indicated inflation on the north flank of Pu‘u O‘o although the bulletin stated that deflation/inflation events are of uncertain magnitude.

One of Hawaii’s most active volcanoes, Kilauea is a shield volcano with a low, broad shape resembling an ancient warrior shield. It overlaps a neighboring shield volcano, Mauna Loa, to the west.