Surigae Stirs Up the Pacific 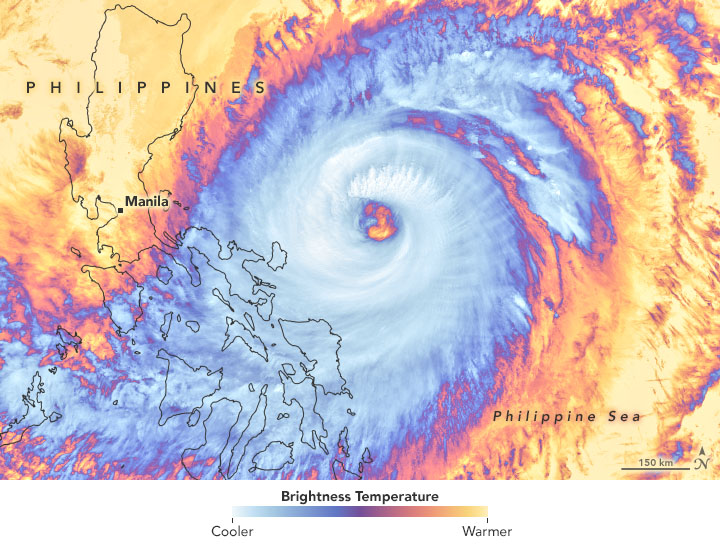 Surigae is not expected to make landfall, but the typhoon churning in the Western Pacific Ocean is already a significant storm. When the storm rapidly intensified to category 5 strength on April 17, 2021, it marked the earliest date in the year that any storm in the Northern Hemisphere had reached such intensity in modern record-keeping.

Surigae (known as Bising in the Philippines) is the first typhoon of the 2021 season in the northwest Pacific and the second named storm. According to the U.S. Joint Typhoon Warning Center (JTWC), the super typhoon reached sustained winds of 165 knots (190 miles/305 kilometers per hour) in the early afternoon on April 17. According to the Japan Meteorological Agency, the central pressure inside the storm dropped to 895 millibars, one of the lowest readings ever recorded.

The infrared satellite image above was acquired around midday on April 19 with the Visible Infrared Imaging Radiometer Suite (VIIRS) on NOAA-20. Surigae’s clouds are shown using brightness temperature data, which is useful for distinguishing cooler cloud structures from the warmer surface below. Around that time the JTWC reported the typhoon had sustained winds of 120 knots (140 miles/220 kilometers per hour).

The typhoon is expected to curve and stay offshore, but its outer bands have been lashing the central and northern Philippine islands with heavy rain, gusty winds, and coastal flooding. At least one person has died and nearly 100,000 have evacuated coastal areas. 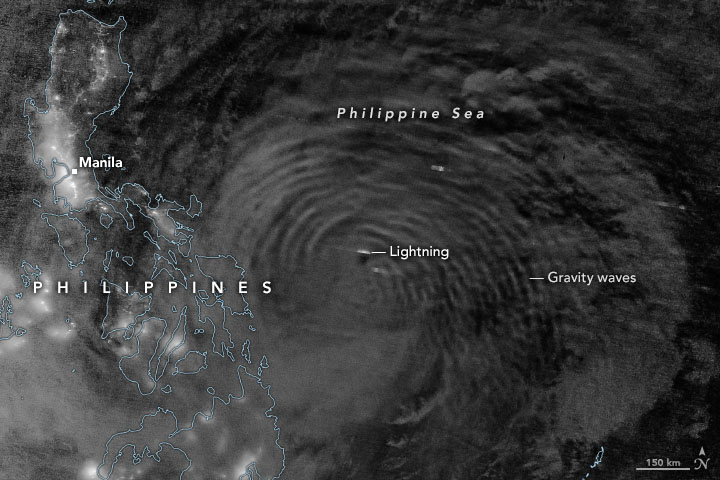 This image was acquired in the early morning hours of April 18 with the VIIRS day-night band (DNB) on the NOAA-NASA Suomi NPP satellite. The DNB detects light in a range of wavelengths from green to near-infrared and uses filtering techniques to observe light signals such as city lights, fires, and reflected moonlight. The image shows atmospheric gravity waves propagating away from the eye of the storm.

“The intense convection associated with strong tropical cyclones can generate gravity waves that propagate upward 30 kilometers or more in the atmosphere,” wrote Matthew Barlow, a climate scientist at the University of Massachusetts–Lowell. “These waves can look similar to a ripple in a pond because they have a similar physical mechanism, although at a vastly different scale.”

Typhoon season in the Western Pacific generally peaks from July through October, according to the Philippine Atmospheric, Geophysical, and Astronomical Services Administration. On average, 20 tropical cyclones form in the region every year, and eight or nine cross the Philippines.

“The large-scale environment for typhoon formation in the northwest Pacific is more favorable than it was last year,” noted meteorologist Jeff Masters. “More warm water is present, and La Niña is now fading toward neutral conditions.”

The super typhoon reached extreme intensity earlier in the year than any storm in the satellite era. 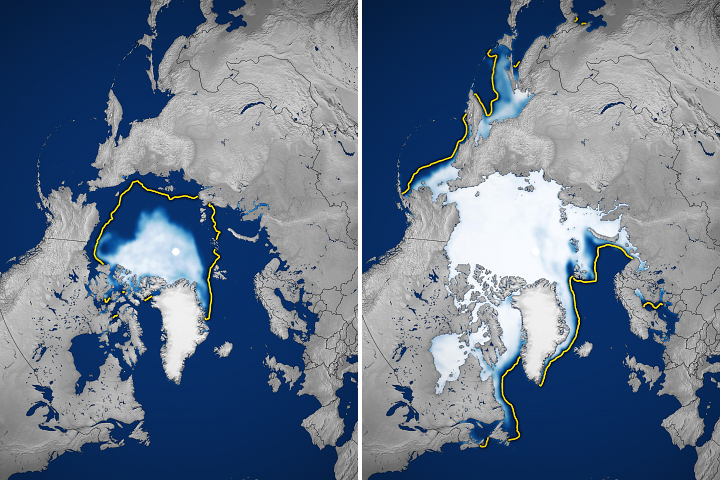 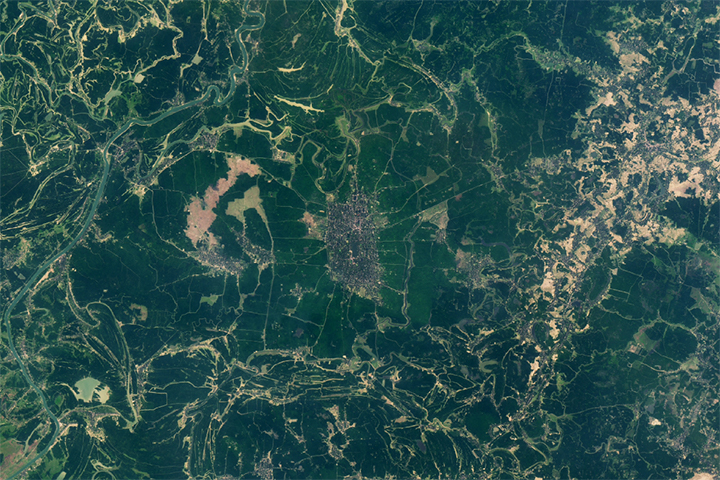