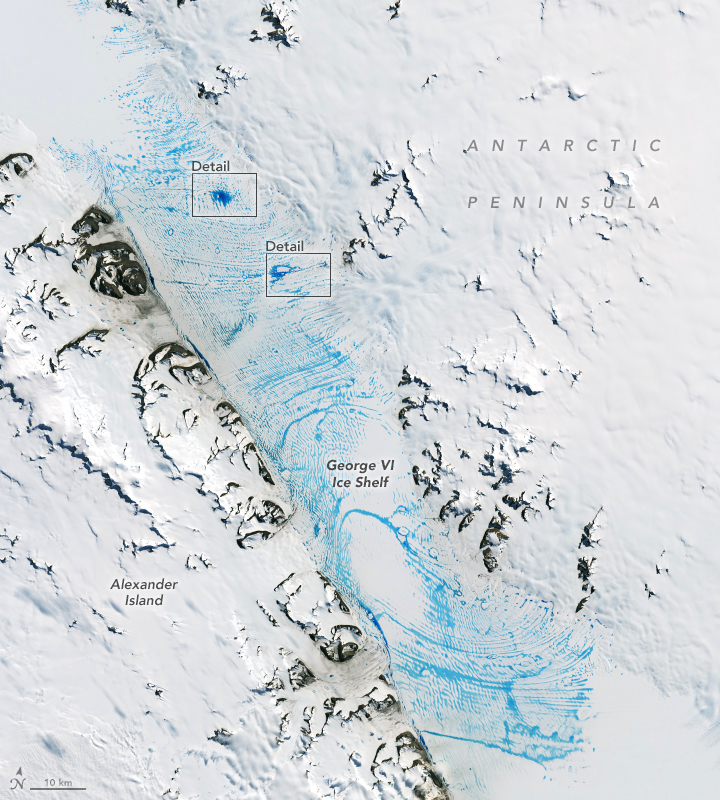 Even in frigid Antarctica, summer warmth can turn ice into water. At the peak of the 2019-2020 melt season, jewel-toned ponds of meltwater spanned a vast area on the George VI ice shelf—a huge slab of floating glacier ice attached to the western side of the Antarctic Peninsula.

These images were acquired on January 19, 2020, by the Operational Land Imager on Landsat 8. Christopher Shuman, a University of Maryland, Baltimore County glaciologist based at NASA’s Goddard Space Flight Center, noticed the melt in the Landsat images. He noted: “It is the only complete view of such a widespread surface melt event on the George VI Ice Shelf captured in the nearly 50-year-long Landsat record.”

Alison Banwell, a glaciologist at the University of Colorado Boulder who currently has a three-year fieldwork project on the shelf, noticed the melt in images acquired that same day with the European Space Agency’s Sentinel-2 satellite. “This is the biggest melt event we know to have occurred on the George VI ice shelf,” she said.

That’s not to say melt hasn’t happened here before. Satellite images, often partially obscured by clouds, show periodic melt since it was first visible in Landsat imagery in January 1973. However, none seem to cover such a large area. The extent of the melt in the January 2020 image is impressive, spanning a length of about 140 kilometers (90 miles) on the shelf. It is likely the product of multiple days of melting. 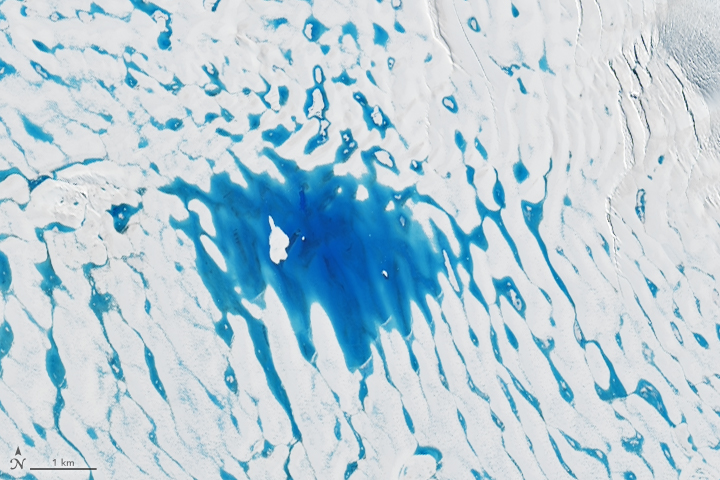 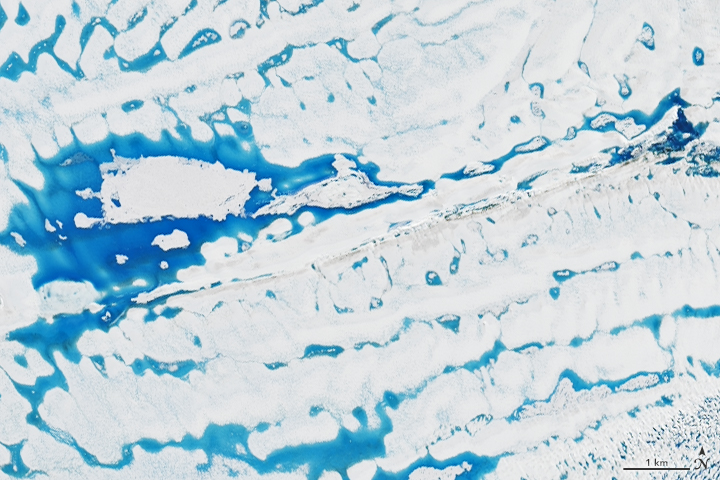 The exact reason for the extensive melt on George VI this year is currently unclear. Previous melting has been caused by wind patterns that bring warm air close to the surface, and by excessive cloudiness that traps longwave radiation and reflects it back onto the ice. Whatever the reason, the warmth likely extends beyond the George VI ice shelf.

“What’s worrying is if George VI looks like this, other ice shelves on the peninsula probably have plenty of meltwater too,” Banwell said. “And those ice shelves are less stable.” At the time, clouds prevented satellites from getting a good look at the other ice shelves.

Banwell explained that when melt ponds in surface depressions on an ice shelf, it changes the distribution of stress placed on the ice. Ponded water can then drain down through cracks in the ice, again shifting the distribution of stress on the shelf and helping to destabilize it. Banwell’s research has shown that the drainage of about 2500 lakes via a chain reaction process preceded the collapse of the Larsen B ice shelf in 2002 on the peninsula’s eastern side.

George VI is less likely to see that fate. Unlike most ice shelves that fan out over the open ocean, George VI is sandwiched between the Antarctic Peninsula and Alexander Island. With the flow of ice compressed between these two landmasses, the shelf sees smaller flexes and is more stable than other ice shelves. According to Banwell, “George VI is quite stable and can probably support a lot of melt without collapsing.” 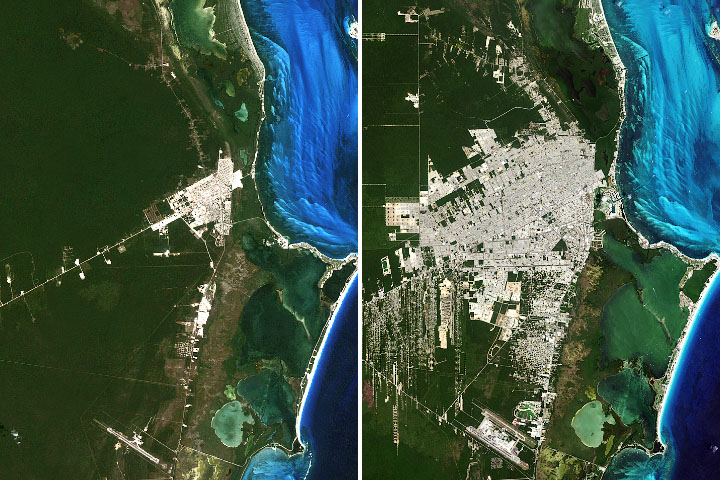