Hammerhead Horsts on the Makran Coast 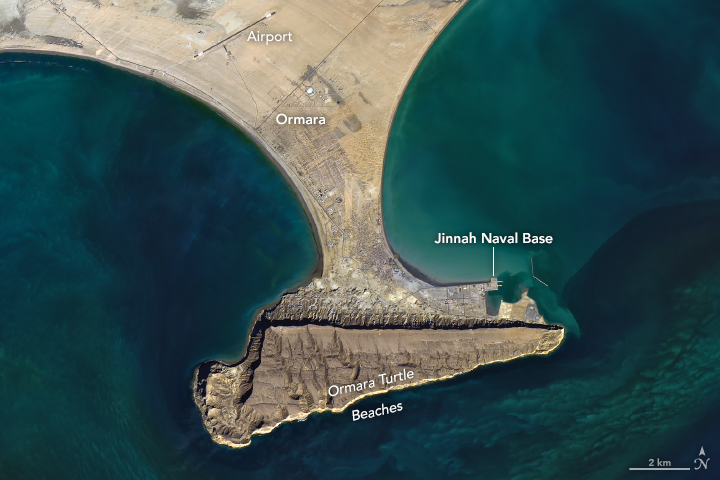 With a series of scalloped bays, terraced sea cliffs, bizarre natural rock sculptures, and clusters of mud volcanoes, the barren landscape of Pakistan’s Makran Coast seems like a geologist’s dreamscape.

The coastline sits immediately north of an active tectonic plate boundary, a subduction zone where the oceanic crust of the Arabian Plate gets squeezed underneath the continental crust of the Eurasian Plate. In the process, sedimentary rock from the top of the Arabian Plate get scraped off and pile up on the edge of the Eurasian Plate in a convoluted jumble known as an accretionary wedge. 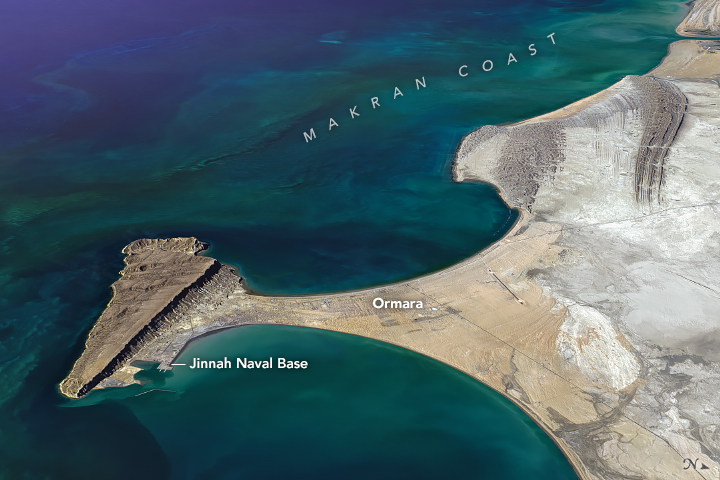 One of the more eye-catching features of the Makran Coast are two hammerhead-shaped peninsulas near the cities of Gwadar and Ormara. Both of the peninsulas are small fault blocks, or horsts— blocks of crust that have been lifted or have remained stationary while land on either side sank. The features, which tilt seaward, are associated with faults that run parallel to the coast.

The Operational Land Imager (OLI) acquired these images of the peninsulas on February 15, 2019, (Ormara) and April 27, 2019 (Gwadar). The first image shows Landsat data draped over topographic data from NASA’s Shuttle Radar Topography Mission (SRTM). The other two images are nadir—straight down—views from OLI. Ormara, which is higher than Gwadar, has elevations of 183 to 305 meters (600 to 1000 feet) on the seaward side and 427 meters (1400 feet) on the inner side.

The Gwadar and Ormara horsts both used to be islands. However, the action of waves and drifting sand over time created long sandy spits (tombolos) that connect the islands to the mainland.

The Makran Coast has an active fishing industry. Some estimates suggest between 8,000 and 10,000 small fishing boats operate in the area, with larger bottom trawlers operating in the region as well.

The regional emphasis on fishing has had consequences for some of the fish that live in the Arabian Sea. The Arabian Sea has some of the most threatened populations of sharks, rays, and chimaeras in the world, according to a recent study. Hammerhead sharks were among the most vulnerable species in the region, according to the researchers. 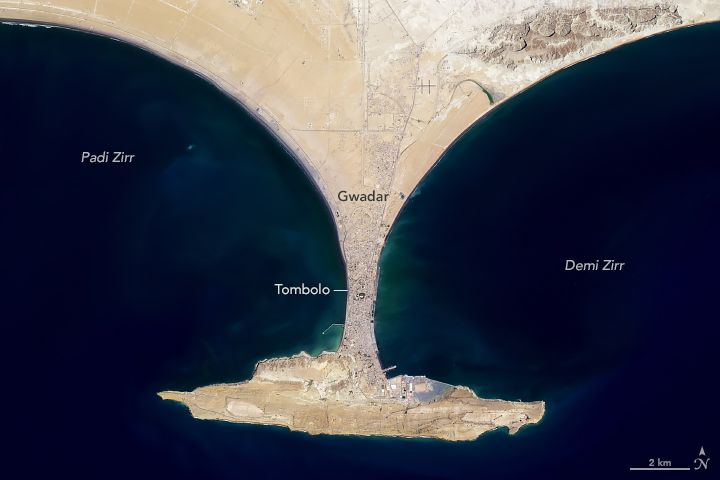 Large port facilities have been built on both of these peninsulas in the past few decades. In Ormara, the Pakistan military began building a naval base in 1994. In Gwadar, construction of a deepwater port on the Demi Zirr harbor began in 2002. 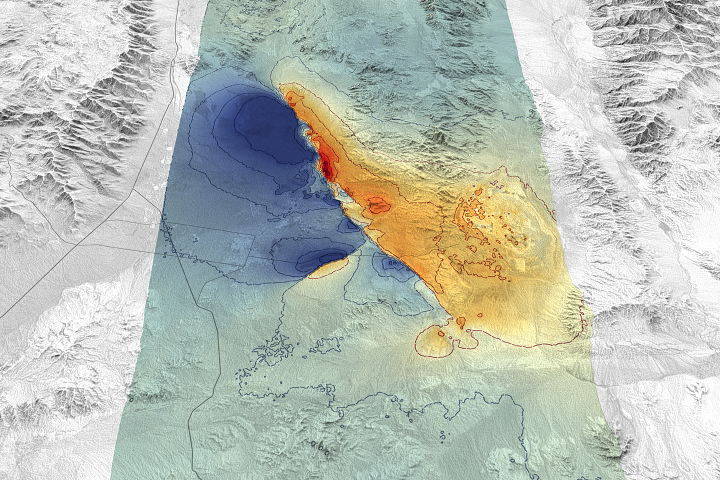