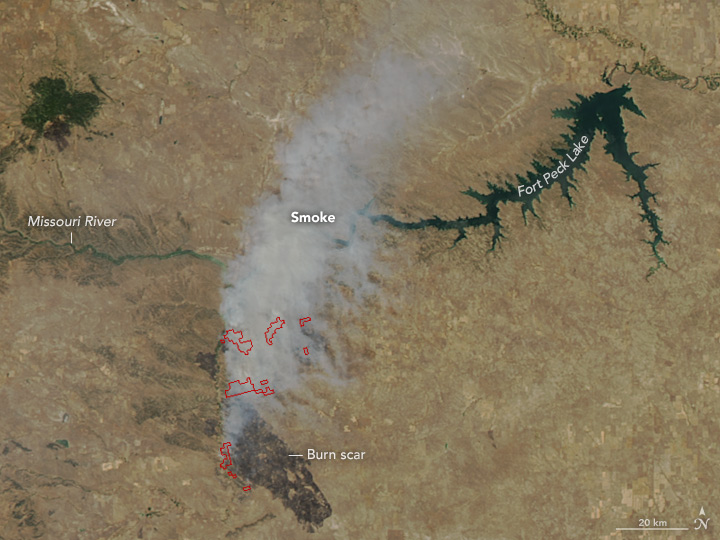 As of July 25, 2017, the Lodgepole Complex and Crying fire had burned a combined 257,000 acres (400 square miles or 1,000 square kilometers)—an area roughly the size of New York City. Firefighters had gained the upper hand on the Crying fire, which was 60 percent contained; the Lodgepole complex fires were just 20 percent controlled.

Montana’s governor has declared a fire emergency, and more than 700 firefighters are on the scene. Drought and a persistent heat wave turned grasslands into a tinderbox. In July 2017, the U.S. Drought Monitor ranked the drought affecting this part of Montana as extreme, one of the most severe ratings on the scale.

The fires have burned through sagebrush steppe grasslands, as well as scattered pine forests. Many sagebrush landscapes in the West have been transformed by the arrival of invasive grass species—particularly cheatgrass—that lead to more frequent and severe burns, according to some fire specialists. Severe fires, in turn, make it difficult for sagebrush to regrow, which has contributed to sagebrush steppe becoming of one the most imperiled ecosystems in the United States.

The fires charred an area roughly the size of New York City. 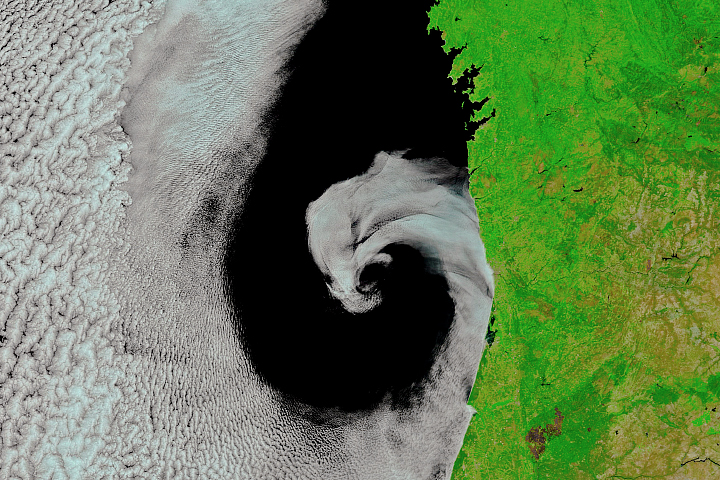