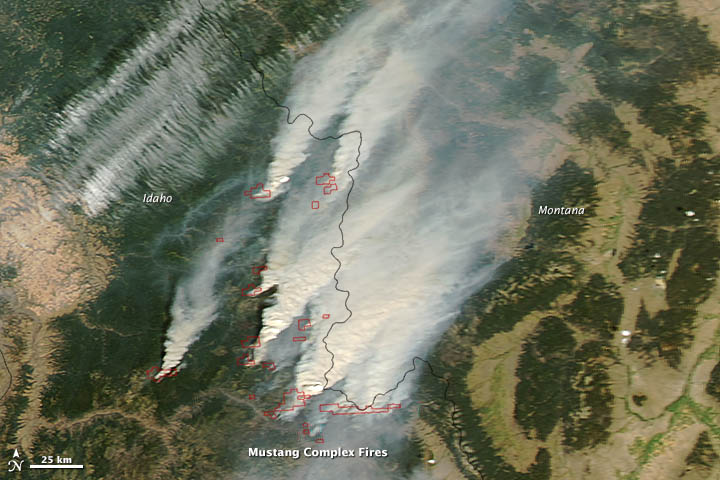 Sparked by lightning in July, the Mustang Complex fire had burned 149,828 acres (60,633 hectares) of rugged terrain near Salmon, Idaho, by August 29, 2012. The fire burned in steep, inaccessible terrain.

This natural-color satellite image shows thick smoke from the fires streaming northeast toward Montana. It was collected by the Moderate Resolution Imaging Spectroradiometer (MODIS) aboard the Aqua satellite on August 28, 2012. Actively burning areas, detected by MODIS’s thermal bands, are outlined in red.

By September 11, 2012, more area had burned in Idaho than any other state.