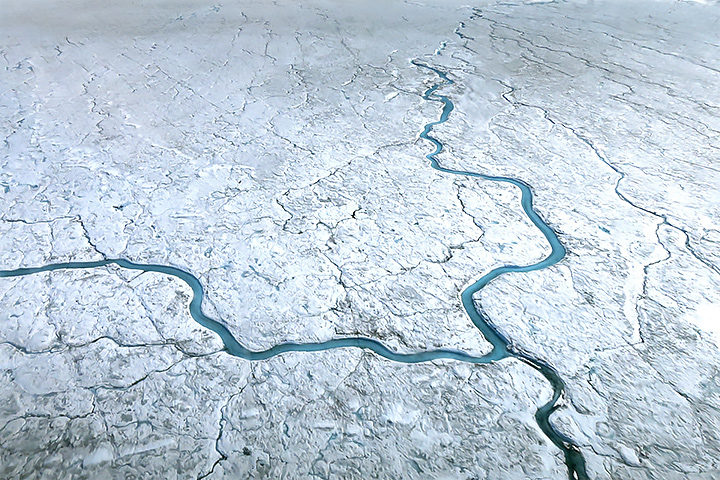 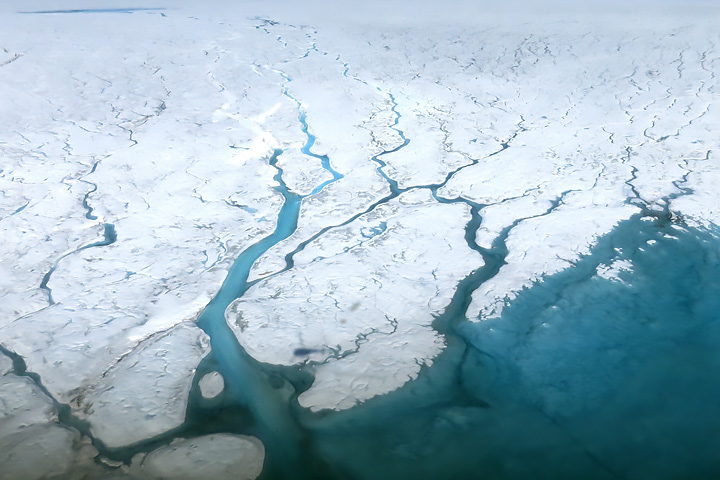 On a vast icy landscape, crisscrossed by turquoise rivers and dotted with meltwater lakes, a small cluster of camping tents popped up in late July 2015. The camp sat by a large, fast-flowing river on top of the Greenland ice sheet. Just a kilometer downstream, the river dropped into a seemingly bottomless moulin, or sinkhole, in the ice. The low rumble of the waters, the shouted instructions from scientists taking measurements, and the chop of the blades of a helicopter were all that could be heard in the frozen landscape.

The camp was Laurence C. Smith’s field research site in western Greenland. Smith, a researcher from the University of California, Los Angeles, was leading a NASA-funded team in a study of the hydrology of the ice sheet—that is, how the shifting network of streams and rivers that form during the melt season can transport water from surface of the ice to the ocean.

Greenland loses ice to the sea mainly through two processes: the shedding of icebergs from glaciers that run into the sea, and surface melt runoff. “Solid ice losses have been studied in great detail by scientists for years, but the meltwater component has received comparatively less study,” Smith said. “This is particularly true for the surface water hydrology on top of the ice sheet, which has received very little study.”

A handful of studies have mostly focused on Greenland’s massive meltwater lakes, which can disappear in a matter of hours. But Smith and his team believe that rivers sinking into holes in the ice are the main conduit for transporting water from the top of the ice sheet to the bottom. Besides contributing to sea level rise, melt water runoff also accelerates ice loss: when the water percolates through the ice sheet and reaches the rock below, it slightly lifts the ice, helping it flow faster toward the ocean.

Read the full story of NASA-funded summer research atop the Greenland ice sheet by clicking here. To learn more about NASA’s research interest in sea level rise, click here. You also can read our new Earth Observatory feature about the impact of sea level on the agency: Sea Level Rise Hits Home at NASA. 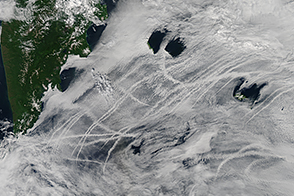