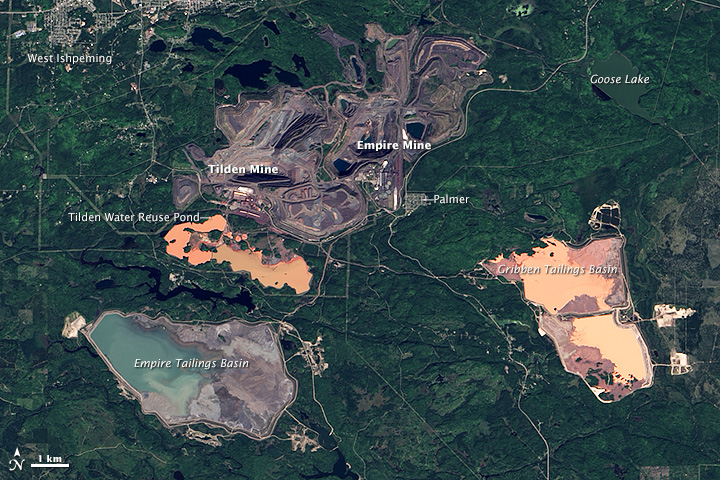 In 1844, government surveyors were exploring rugged, lake-filled terrain near Negaunee, Michigan, when they noticed their compasses swung erratically in certain areas. It did not take long to determine why: ancient Precambrian rock layers in the area were laced with bands of iron ore. The surveyors had discovered the Marquette Iron Range (called the Negaunee Iron Formation by geologists), and the area would eventually become one of the most productive sources of iron in the United States.

Within a few years, several companies were competing to mine, ship, and process the magnetite and hematite ore in the area, which was so abundant and accessible that chunks could be pulled off the surface and shipped directly to steel mills with little or no processing. But by the 1950s, most of the easily accessible ore with high concentrations of iron was gone, and mining companies had to dig much deeper and develop new techniques to extract and concentrate iron from lower-grade ore.

Today, mine operators in Michigan’s Upper Peninsula are generally after taconite, a low-grade ore that was once considered waste rock. To make it usable, mining companies blast it into small pieces with explosives, grind it into powder with powerful machinery, and then use magnets or flotation techniques to separate the iron minerals out from the surrounding rock. Iron-rich powder is then mixed with water and clay into a slurry that is shaped into pellets, heated, dried, and shipped to steel mills. The pulverized waste rock—known as tailings—is loaded into water-filled retention basins, where it eventually settles to the bottom and re-enters the rock cycle.

The Operational Land Imager (OLI) on Landsat 8 captured this image of iron mines in northern Michigan on September 11, 2013. Although the mined areas look like one facility from a satellite perspective, there are two separate mines in this scene. The Empire Mine, which produces about 5.5 million tons of magnetite each year, is on the east side of the complex; Tilden Mine, which produces about 8 million tons of hematite and magnetite each year, is just to the west.

Exposed rock and dirt in the mines appear gray compared to the surrounding forest. Large pits, piles of rock, processing facilities, roads, and railroad tracks are visible within both mines. The water in the Gribben Tailings Basin and the water reuse pond serving Tilden Mine is orange due to the high concentration of hematite, a mineral that often has a rusty brown color. In contrast, the water in the tailings basin for Empire Mine is blue because that mine only produces magnetite. You can also see Palmer and West Ishpeming, nearby towns where many mine employees live.

The two mines are boons for the local economy, generating about $775 million in economic activity every year and supporting 1,600 jobs, according to Cliffs Natural Resources, the company that operates the two mines. However, the mines also have significant environmental impacts. For instance, a report released by Michigan’s Department of Environmental Quality found that sediment in Goose Lake sediment and in some nearby streams have elevated levels of selenium due to mining. Though essential to life, selenium can be toxic to wildlife in high concentrations. In response to the elevated selenium levels, environmental authorities have issued fish consumption advisories for several waterways near the mines. 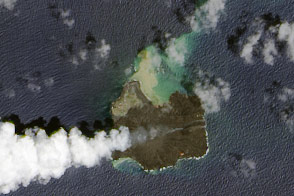 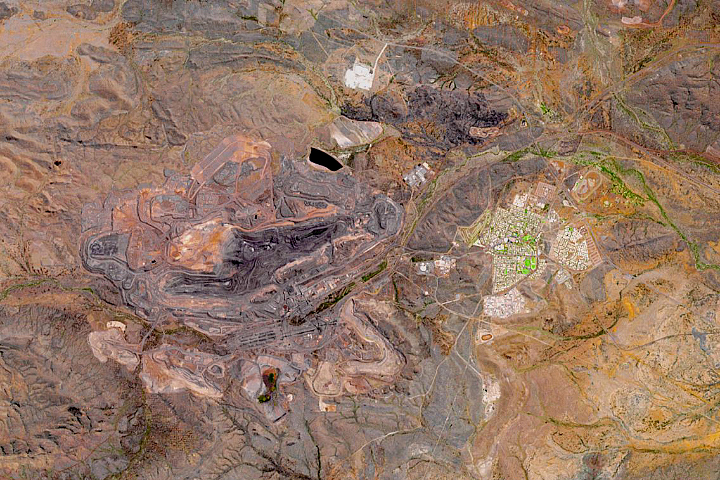