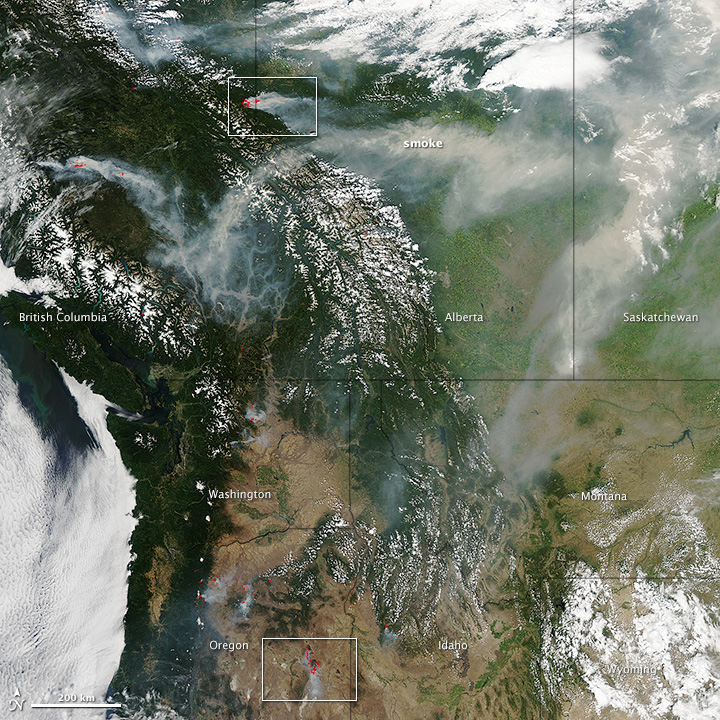 In mid-July 2014, a combination of lightning, parched forests, and hot temperatures fueled dozens of wildfires in Canada and the northwestern United States. According to the Canadian government, 102 uncontrolled fires were burning in British Columbia on July 17, and there were 13 more in Alberta. Across the border, 33 uncontrolled fires were active in Washington and Oregon.

The Moderate Resolution Imaging Spectroradiometer (MODIS) on NASA’s Aqua satellite captured the top image on July 16, 2014. Dense plumes of smoke billowed from many of the blazes. Actively burning areas, detected by the thermal bands on MODIS, are outlined in red. Forests appear dark green. The snow-capped peaks of the Canadian Rockies are visible in the center of the image. Large banks of white clouds hover over the Pacific Ocean, northern Alberta, and Wyoming. Winds pushed long plumes of smoke east toward Alberta and into Saskatchewan. 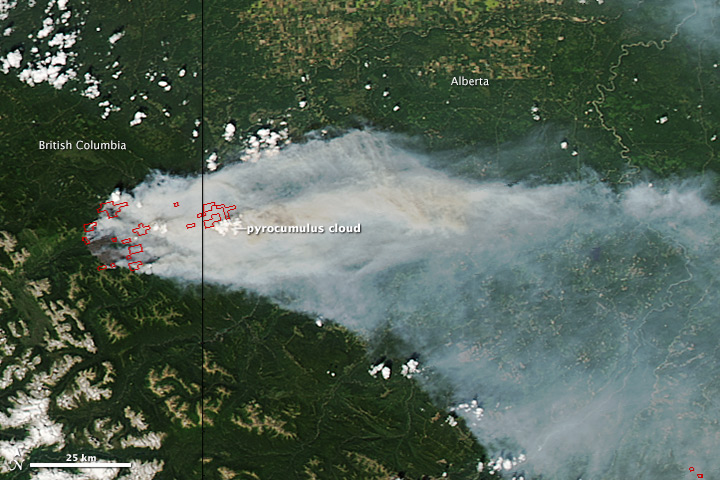 The middle image is a closer view of the complex of fires burning near near Chinook Ridge, on the border of British Columbia and Alberta. In addition to producing thick smoke, the fires fueled multiple pyrocumulus clouds—tall, cauliflower-shaped clouds that billowed up above the smoke. Pyrocumulus are similar to cumulus clouds, but the heat that forces the air to rise—which leads to cooling and condensation of water vapor—comes from fire instead of the Sun-warmed ground. In satellite images, pyrocumulus clouds appear as opaque white patches hovering over darker smoke.

Scientists monitor pyrocumulus clouds because they can inject smoke and pollutants high into the atmosphere. As pollutants are dispersed by wind, they can affect air quality far away from their source area. As noted by the UMBC Smog Blog, smoke from British Columbia was merging with smoke from fires in the Northwest Territories and contributing to diminished air quality over Canada and parts of the United States.

The third image shows a closer view of the Buzzard Complex Fire, the largest active fire in Oregon. Ignited by lightning on July 14, it had charred 180,975 acres (732 square kilometers) as of July 17. Unlike the fires in Canada—which were burning primarily in forests—the Buzzard Complex Fire was moving through brush and grass. 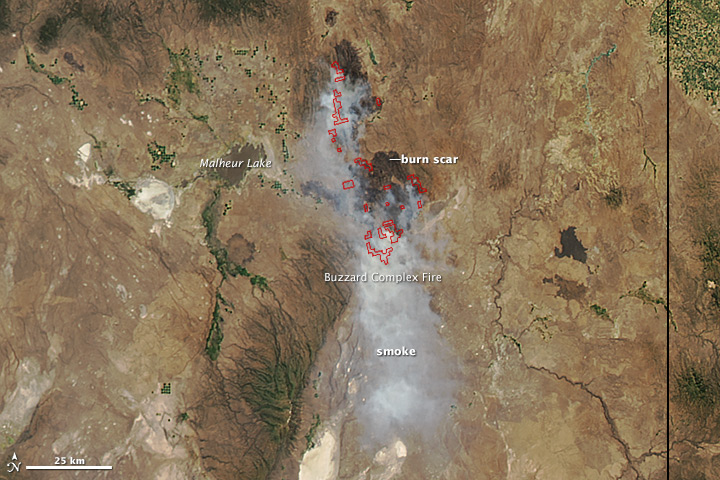 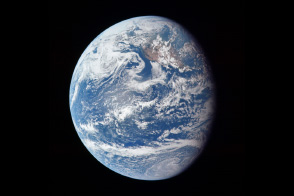 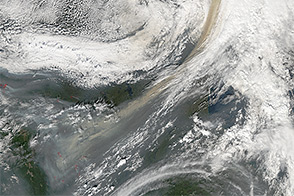