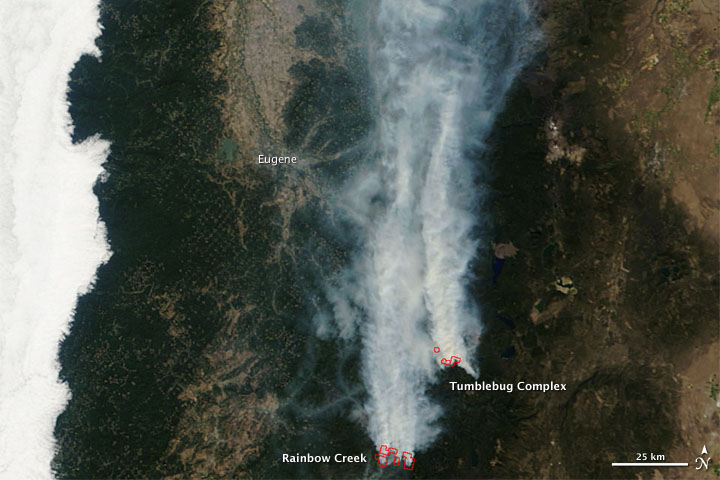 The large image shows the extent of the smoke plumes from these fires. The smoke blew across Washington State and into Canada on September 23, heading toward the northeast near the U.S.-Canada border. Especially thick smoke accumulated in southeastern British Columbia.