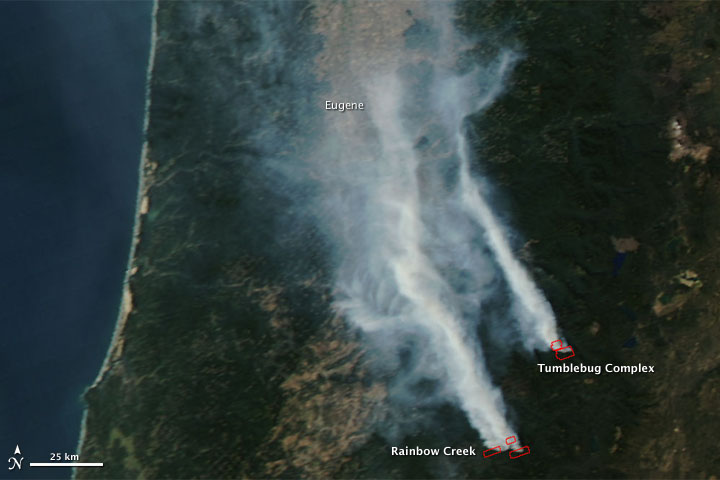 Wildfires not far from Eugene, Oregon, sent thick smoke toward the north-northwest on September 22, 2009. The Moderate Resolution Imaging Spectroradiometer (MODIS) on NASA’s Aqua satellite captured this image the same day. According to the Incident Information System, the Tumblebug Complex Fire was ignited September 12, 2009, by a lightning strike, and the Rainbow Fire was ignited likely by another lightning strike the next day, although officials didn’t detect the fire until September 22.

Near their sources, the dual smoke plumes are so thick they are opaque. Smoke passes near the city of Eugene and continues toward the north-northwest. The red outlines indicate hotspots associated with unusually warm surface temperatures.

Smoke plumes from these fires blew well northward of the Oregon-Washington border then curved westward over the Pacific Ocean. The large image shows the extent of the smoke plumes on September 22, 2009.