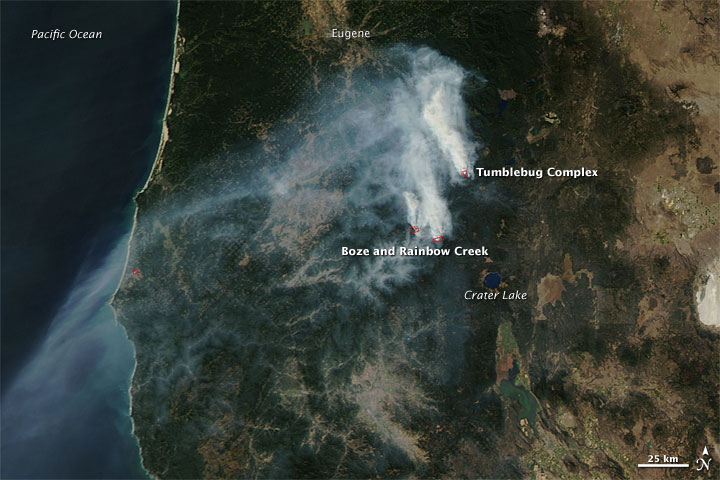 Wildfires continued burning in Oregon on September 27, 2009, as the Moderate Resolution Imaging Spectroradiometer (MODIS) on NASA’s Aqua satellite passed overhead. This true-color image shows the Tumblebug Complex Fire and Boze and Rainbow Creek fires sending smoke toward the north-northwest. Southeast of Eugene, the smoke appears to thin and turn sharply toward the southwest. The red outlines indicate hotspots associated with high ground temperatures.

On September 29, 2009, the Incident Information System also reported that the Boze and Rainbow Creek Fires resulted from a lightning storm September 12–13. These fires were initially reported on September 22. As of September 29, these fires had consumed 14,150 acres (57 square kilometers) and were 20 percent contained.