Looking Back from Apollo 11 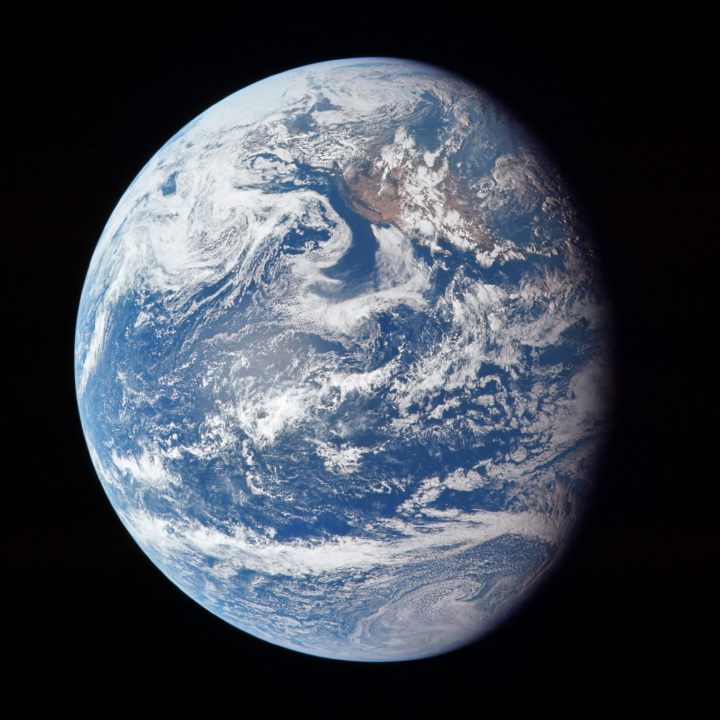 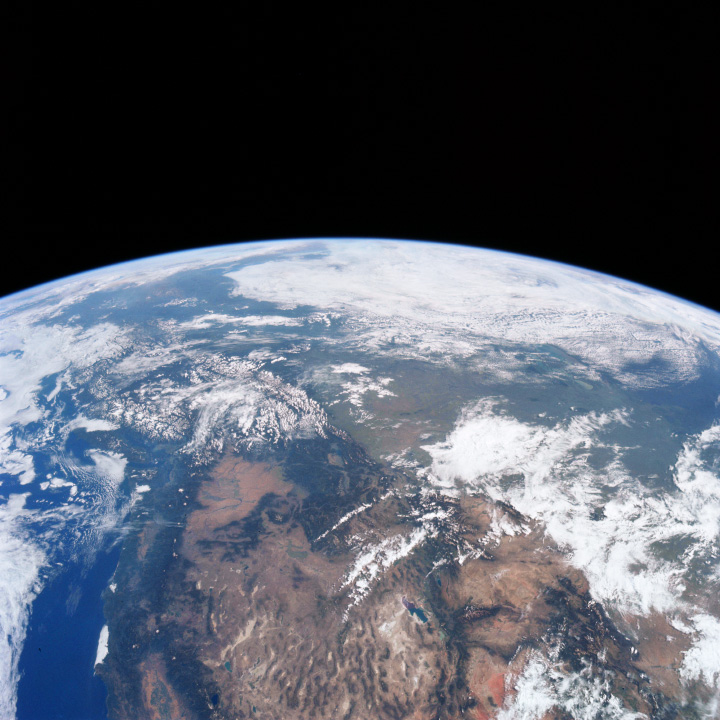 Forty-five years ago this week, two humans walked on the Moon for the first time. It was the achievement of their lives, and of so many of our lives on Earth. But amidst the excitement and hard work of landing so far from home, the Apollo 11 astronauts had many chances to look back at where they had come from. The famed Hasselblad camera captured some of those moments.

These two photographs were taken by the crew on their outbound journey from Earth to the Moon. Apollo 11 launched from Cape Canaveral at 9:32 a.m. on July 16, 1969, and these photos were captured that day. The top view shows the full disk of Earth, with bits of California, the Pacific Northwest coast, and Alaska peeking through the cloud cover in a scene otherwise dominated by the Pacific Ocean. The second, closer view shows more of the western United States and Canada, with the Rocky Mountains filling much of the center of the scene and the Arctic ice cap at the top.

Unless you spend a lot of time looking at images from space—a pasttime that was in its infancy in the late 1960s—the view can be mysterious and disorienting sometimes. Reading through the transcripts of Apollo 11 communications, we can get some sense of the wonder, disorientation, and awe that Buzz Aldrin, Michael Collins, and Neil Armstrong must have felt while looking for navigation points or for simple beauty shots of their planet. About 51 minutes after launch, the conversation centered around lights in Earth’s atmosphere:

About 30 minutes later, Collins looked down on a different, unfamiliar scene and noted: “It looks like trees and a forest or something. Looks like snow and trees. Fantastic. I have no conception of where we're pointed or which way we are, but it's a beautiful low-pressure cell out here.”

Ten hours into the flight, Aldrin and astronaut Charlie Duke (working communications from Mission Control in Houston, Texas), had a conversation that sounds like a description of the images above.

Aldrin: Hey, Charlie, I can see the snow on the mountains out in California, and it looks like LA doesn’t have much of a smog problem today.
Duke: Roger, Buzz. Copy. Looks like there’s a good view out there then.
Aldrin: Charlie, with the monocular, I can discern a definite green cast to the San Fernando Valley.
Duke: How’s Baja California look, Buzz?
Aldrin: Well, it’s got some clouds up and down it, and there’s a pretty good circulation system a couple of hundred miles off the west coast of California....Okay, Houston. You suppose you could turn the Earth a little bit so we could get a little bit more than just water?
Duke: Roger, 11. I don't think we got much control over that. Looks like you'll have to settle for the water.

To learn more about NASA’s celebration of the 45th anniversary of Apollo 11, click here.

Transcripts from the flight to the Moon capture some of the wonder and novelty of looking back at Earth. 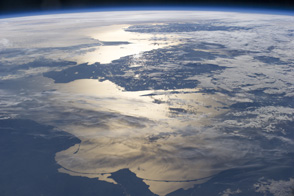