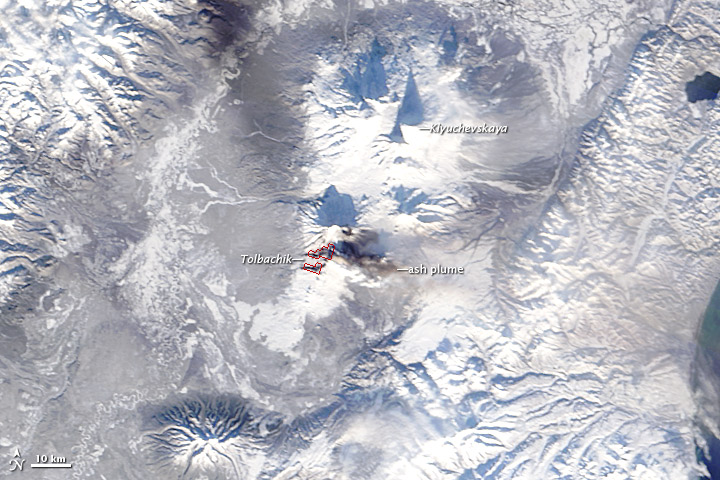 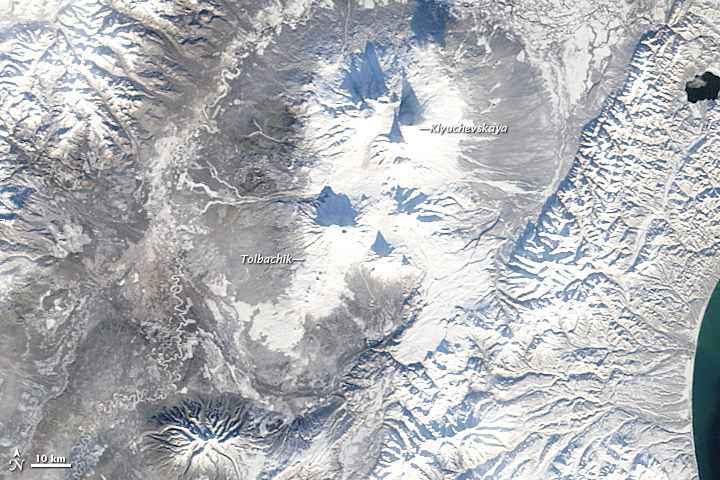 Both images are natural color. The red outlines in the November 29 image approximate the areas with high surface temperatures associated with volcanic activity. In both images, volcanic peaks cast long shadows to the north, thanks to the low angle of the Sun. By the time MODIS observed the region on November 29, the volcano had released a dark brown ash plume that settled on the snow.

Tolbachik is a shield volcano—a low-profile, broad structure with a shape resembling an ancient warrior shield. The volcano has a complex configuration, and the eruptive activity in late November reportedly occurred around the southern cone. Reports described eruptions from two fissures, a volcanic ash plume reaching 3 kilometers (9,800 feet) in altitude, and emissions of sulfur dioxide.

Tolbachik’s last known eruption occurred in 1976, according to the Global Volcanism Program at the Smithsonian. Volcanologist Erik Klemetti of Denison University remarked that, although the volcano showed signs of an eruption similar to what it experienced in the 1970s, “the magnitude of this new eruption is still very unclear.” Tolbachik is one of numerous volcanoes on the Kamchatka Peninsula, part of the Pacific “Ring of Fire” where earthquakes and volcanic activity occur frequently. 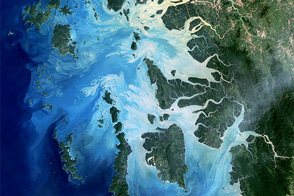