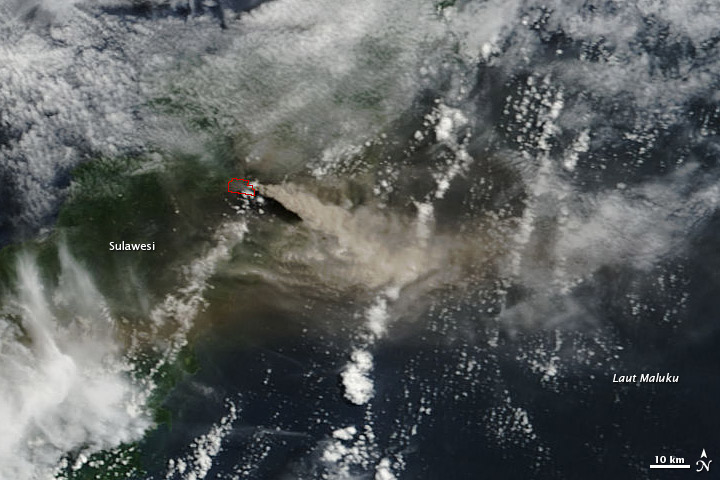 Indonesia’s Soputan Volcano erupted in early July 2011. As of July 2, the volcano had produced a 6-kilometer (4-mile) ash plume and deposited ash west of the volcano, the Eruptions blog reported.

Situated on the northeastern tip of Sulawesi, Soputan is a stratovolcano—a steep-sloped volcano composed of alternating layers of solidified volcanic ash, hardened lava, and rocks left over from earlier eruptions. The summit reaches 1,784 meters (5,853 feet) above sea level.

Soputan Volcano on the Indonesian island of Sulawesi erupted in early July 2011, and frequent activity continued into August 2012. 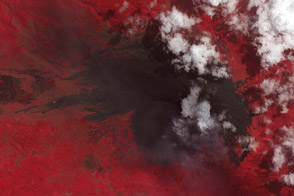