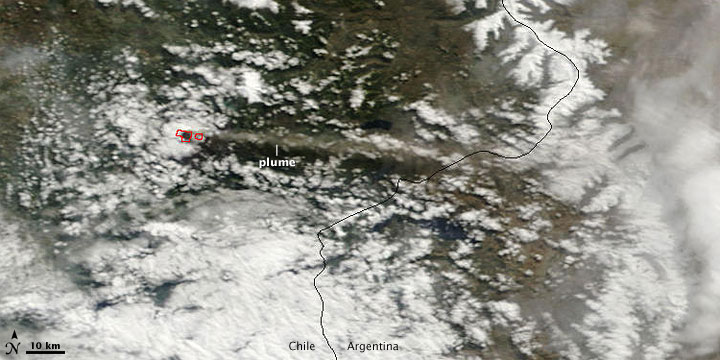 The Moderate Resolution Imaging Spectroradiometer (MODIS) on NASA’s Terra satellite captured this image of Llaima Volcano on April 4, 2009. The two red outlines in this image indicate areas where MODIS detected unusually hot surface temperatures. A faint plume blows away from the volcano toward the east-southeast.

Researchers at Proyecto Observación Visual Volcán Llaima (POVI) compiled a video of the eruptions on April 4, 2009.

Llaima is a stratovolcano composed of alternating layers of hardened lava, solidified ash, and rocks ejected by earlier eruptions. Eruptions have been recorded at Llaima since the seventeenth century.