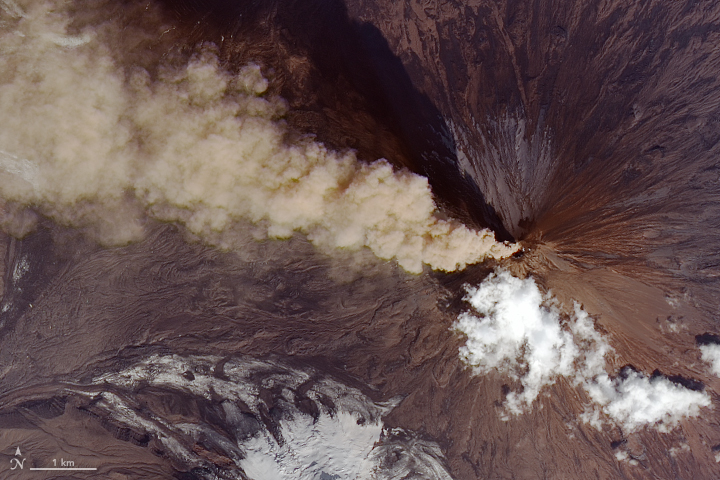 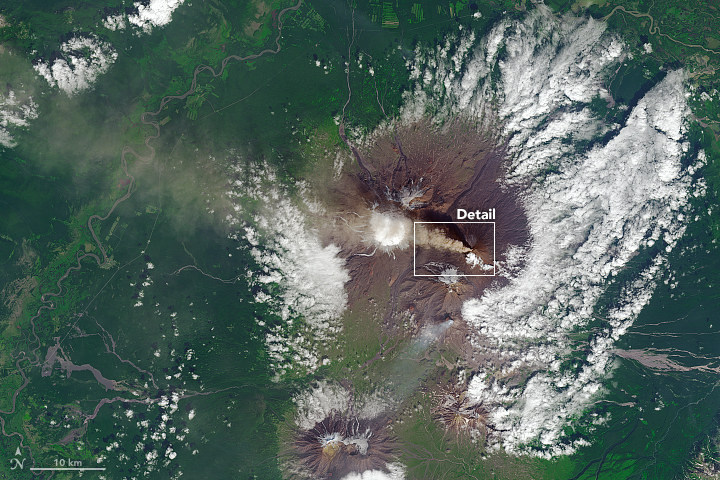 The most restless of these is Klyuchevskoy (also spelled Kliuchevskoi), a stratovolcano that rises 4,835 meters (15,862 feet) above sea level. According to geological and historical records, Klyuchevskoy has rarely been quiet since it formed about 6,000 years ago. Smithsonian’s Global Volcanism Program details a steady stream of activity at Klyuchevskoy punctuated by eruptions every few years that often span months.

True to form, satellites observed ash and volcanic gases puffing from Klyuchevskoy throughout much of August 2017. The Operational Land Imager (OLI) on Landsat 8 captured this image of a volcanic plume streaming west from the volcano on August 19, 2017. The plume is brown; clouds are white. Note in the broader view that there is also a smaller plume streaming from Bezymianny, a volcano to the south of Klyuchevskoy.

Fewer than 300 people live within 30 kilometers (20 miles) of Klyuchevskoy, so eruptions do not pose much risk to people on the ground. However, they can represent a hazard to aircraft if ash clouds rise to heights between 8 and 15 kilometers (5 and 9 miles). The ash plume was at a height of roughly 6 kilometers (4 miles) on the day this image was collected, according to the Kamchatka Volcanic Eruption Response Team (KVERT). 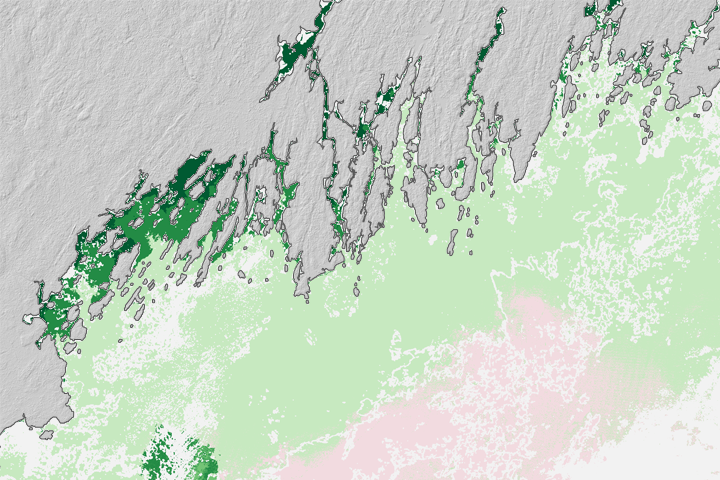 After a respite of less than a month, Klyuchevskaya Volcano resumed erupting in late November 2010.