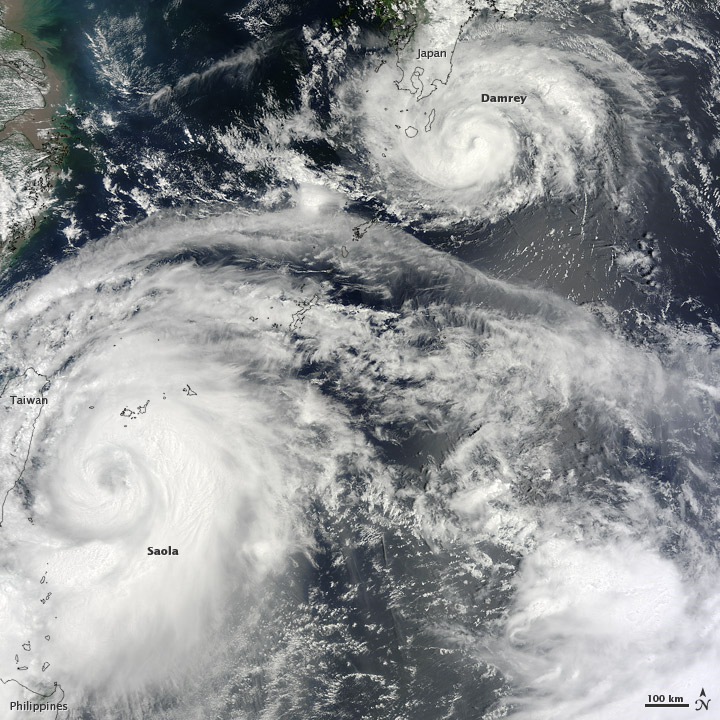 Simultaneous storms hovered over the western Pacific Ocean at the beginning of August 2012. Saola was moving across Taiwan while Damrey skirted southern Japan. Both storms were expected to make landfall in China on August 3. (An image and caption for August 2 show the progression of these storms and provide additional information on their effects in China, Taiwan, and the Philippines.)

The Moderate Resolution Imaging Spectroradiometer (MODIS) on NASA’s Terra satellite captured this natural-color image on August 1, 2012. Both storms were at typhoon status on that date, according to Unisys Weather.

The larger of the two storms, Saola, caused widespread destruction in the Philippines and Taiwan, news reports said. The Associated Press reported that Saola had caused 29 deaths and 21 injuries in the Philippines, and had displaced nearly 180,000 people. In Taiwan, the storm had caused five deaths and left two people missing. As airport officials canceled dozens of flights, authorities released water from all of Taiwan’s major reservoirs in preparation for potential flooding. 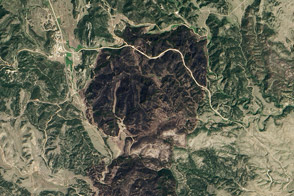