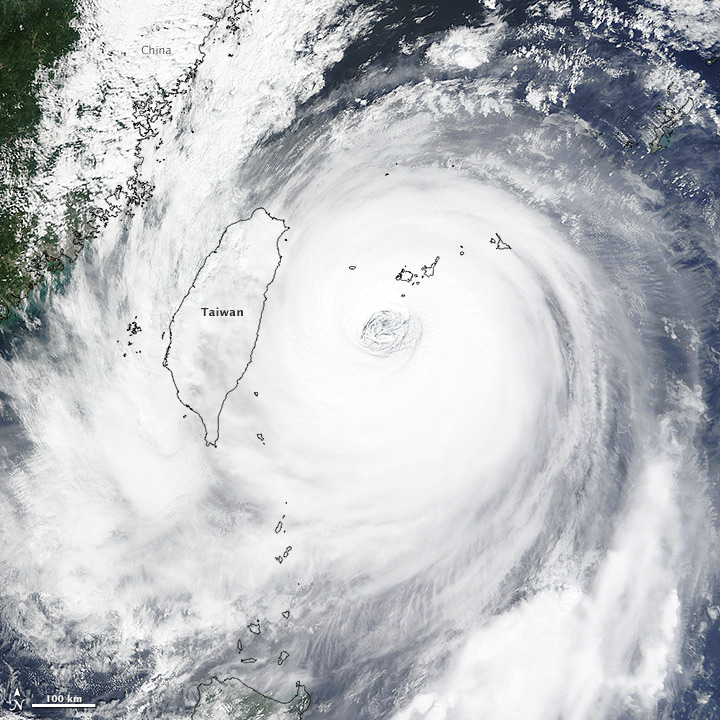 At 10:45 a.m. local time (02:45 UTC) on September 28, 2015, the Moderate Resolution Imaging Spectroradiometer (MODIS) on NASA’s Terra satellite acquired this image of Super Typhoon Dujuan approaching Taiwan. The storm’s center made landfall along Taiwan’s mountainous northeast coast near the town of Nan’ao later in the day.

The storm came ashore with sustained winds of 225 kilometers (140 miles) per hour—the equivalent of a category 4 hurricane. Several thousand people were evacuated in advance of the storm. Twenty-four people were injured and 33,000 homes lost power, according to the Agence France-Presse.

Taiwan is no stranger to tropical cyclones. An average of 3.5 typhoons make landfall or cause significant damage each year. Earlier this year, Typhoon Soudelor struck the same part of Taiwan, resulting in eight deaths and hundreds of injuries. In 2009, slow-moving Typhoon Morakot caused 450 deaths and billions of dollars of damage.

The storm has weakened significantly upon encountering Taiwan’s mountainous terrain, but forecasters expect it to sustain Category 1 strength as it makes a second landfall in China on Tuesday. 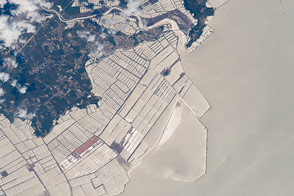