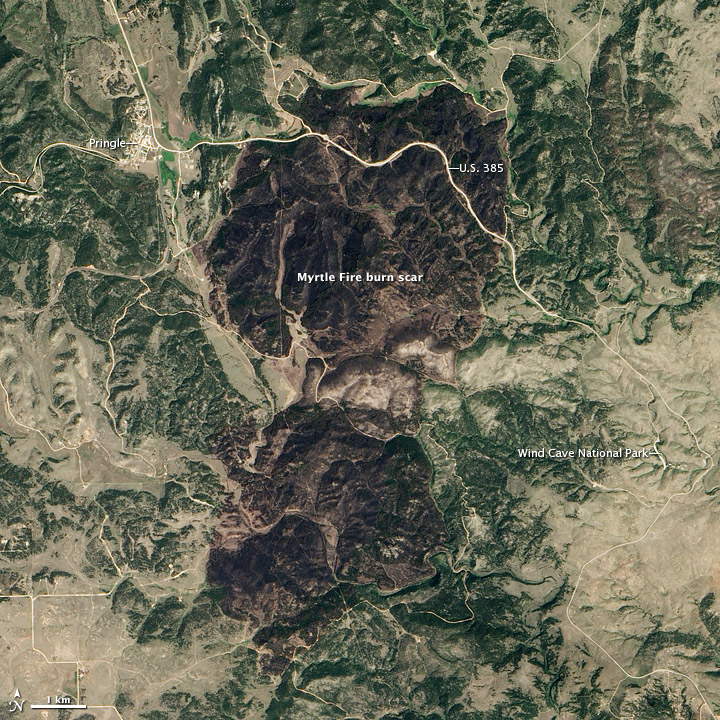 One of the blazes that proved most challenging for firefighters was the Myrtle Fire, just east of the town of Pringle. From July 19–24, the fire singed more than 10,080 acres of ponderosa pine forest. The Advanced Land Imager (ALI) on NASA’s Earth Observing-1 (EO-1) satellite captured this view of the burn scar on July 28, 2012.

The fire began south of U.S. 385 when a Forest Service vehicle performing road maintenance generated sparks that ignited grass near the road. The blaze moved south toward the entrance of Wind Cave National Park. In all, it forced the evacuation of more than 200 homes, though none were damaged. The fire did destroy 18 structures at Williams Ranch, an uninhabited but historically significant homestead established in 1904.

Lack of winter snowpack, a dearth of precipitation, and hot summer weather primed the area’s vegetation for burning. Once the wildfire ignited, strong winds made it particularly difficult to control. Forecasters are predicting hot and dry conditions across much of the Great Plains and Mountain West throughout August, though the potential for fire should be normal in southwestern North Dakota.

It’s been a busy summer for wildfires in South Dakota. In July, a large fire emerged near Wind Caves National Park. 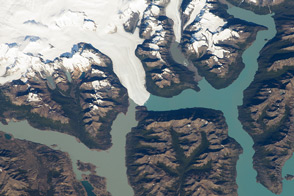