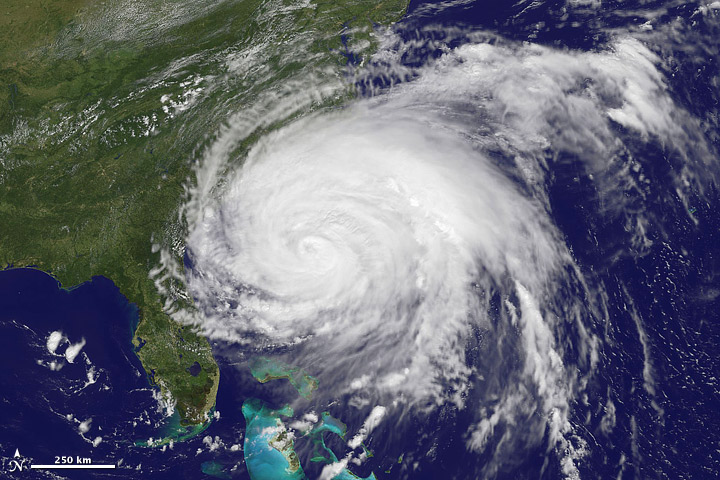 Irene, the first hurricane of the 2011 Atlantic season, was poised on August 26 to be the first to make landfall in the United States since 2008. More than 50 million people were estimated to lie within the path of the storm as it headed toward the major U.S. population centers of Norfolk, Washington, Baltimore, Philadelphia, New York, and Boston.

The coast of North Carolina and Virginia braced for a possible Category 3 storm, the strongest since 1996. Irene also appeared likely to become the first hurricane-force storm to make landfall in New England since 1991.

After developing into a tropical storm on August 20, Irene moved west and north to buffet Puerto Rico, Turks & Caicos, and he Bahamas. The storm brought extreme winds, storm surges, and flooding rains to each island before taking aim at the Carolina coast of the U.S.

Forecasters noted at 11 a.m. on Friday that hurricane intensity was likely to remain stable for much of the day, with some potential (via warm Gulf Stream water) to intensify a bit. The storm should eventually lose some energy from southwesterly wind shear and the movement into cooler northern waters. Nonetheless, hurricane warnings and watches were posted from the South Carolina coast to Maine.

Image and animation by the NASA GSFC GOES Project. 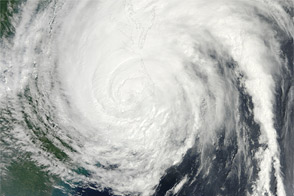