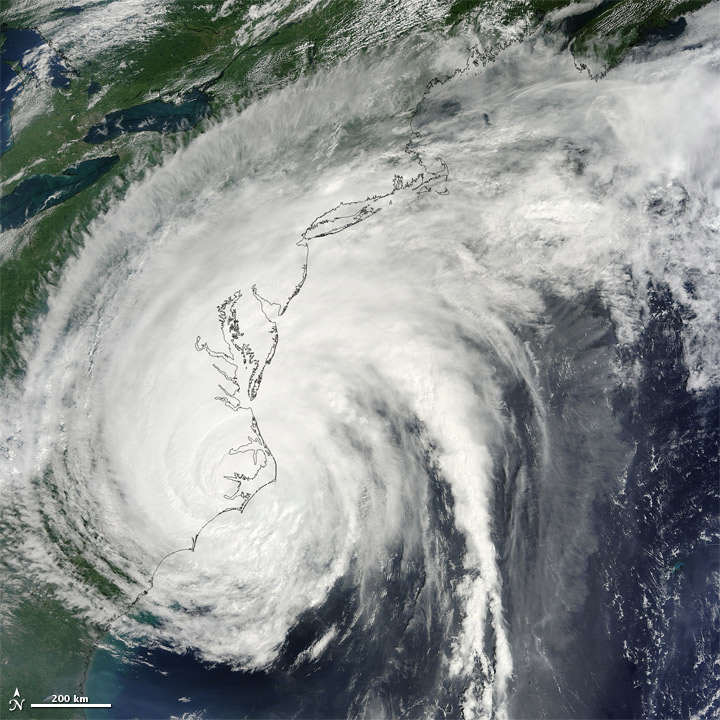 The U.S. East Coast is outlined in black in this natural-color image. Spanning hundreds of kilometers, Irene engulfs most of the coast, extending from the Carolinas to New England.

By 11:00 p.m. EDT on August 28, Irene had lost significant power. The storm was a post-tropical cyclone centered about 50 miles (80 kilometers) north of Berlin, New Hampshire. Although the storm largely spared big cities, it still left millions without electricity and claimed at least two dozen lives, the Associated Press reported.