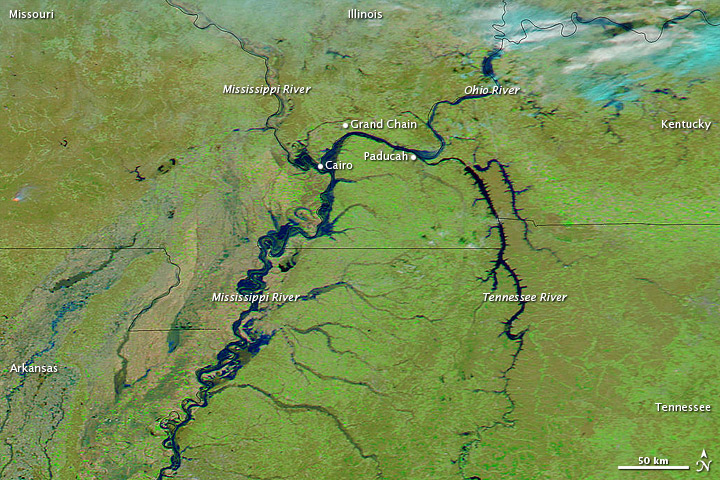 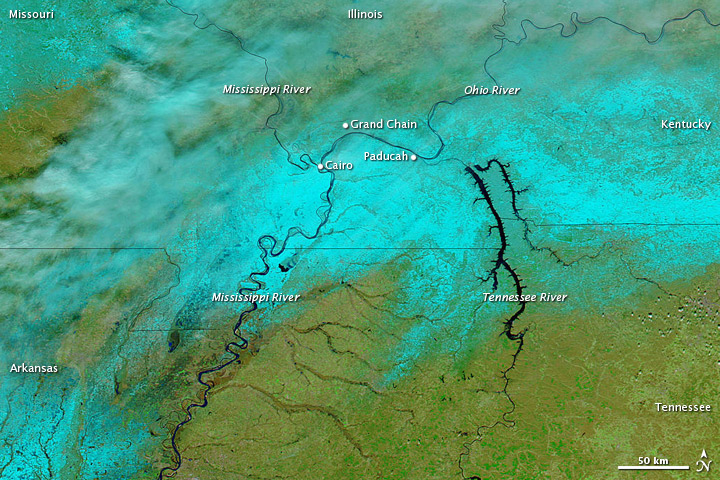 Changes in snow cover and river levels are apparent in these images acquired by the Moderate Resolution Imaging Spectroradiometer (MODIS) on NASA’s Aqua satellite. MODIS acquired the top image on March 12, 2011, and the bottom image on February 12, 2011.

These images use a combination of infrared and visible light to increase the contrast between water and land. Water ranges in color from electric blue to navy. Vegetation is green. Clouds range in color from white to bright blue-green. Snow cover (visible in the February image) is blue-green, and has more distinct margins than clouds.

Snow cover is widespread in the image from February, but largely if not completely absent in the image from March. The March image also shows considerably higher levels on the Ohio River and the Mississippi River south of the Ohio-Mississippi confluence. As of March 14, 2011, multiple flood warnings remained in effect in and around Grand Chain, Cairo, and Paducah. Moderate and minor flood conditions were also reported along much of the Ohio River and lower Mississippi River.