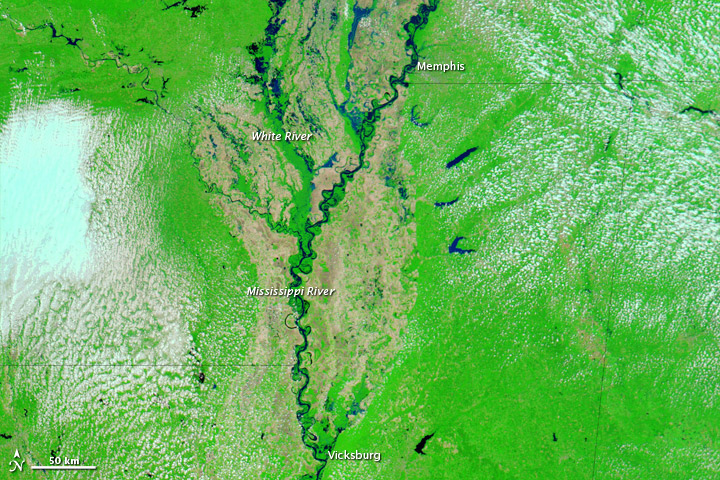 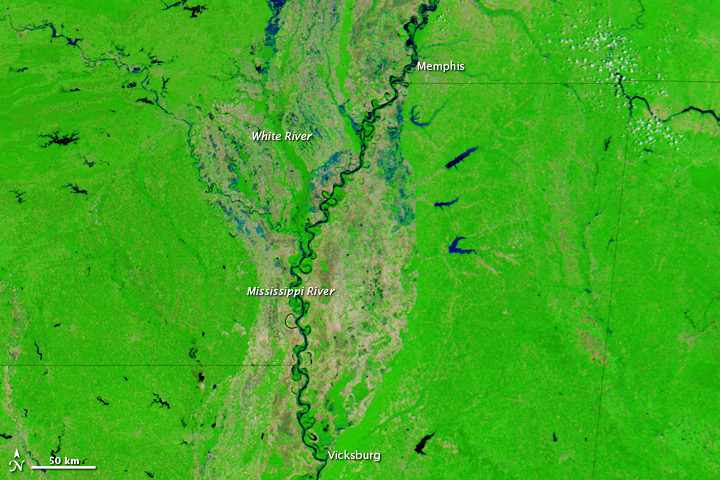 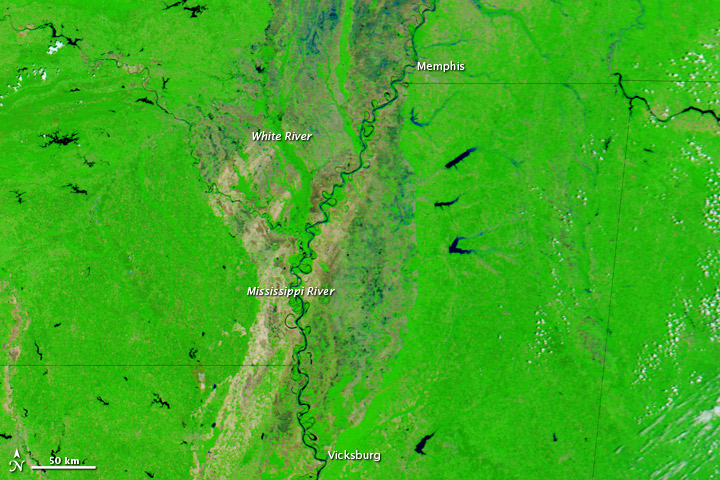 Flooding spread south along the Mississippi River in early May 2011, parts of the river visibly widening in a matter of days. The Moderate Resolution Imaging Spectroradiometer (MODIS) on NASA’s Aqua satellite acquired these images on May 8, 2011 (top), April 29, 2011 (middle), and May 3, 2010 (bottom).

All three images use a combination of infrared and visible light to increase the contrast between water and land. Water varies in color from electric blue to navy. Clouds vary in color from pale blue-green to off-white. Vegetation is green, and soil is brown.

The image from 2010 shows relatively normal conditions along the Mississippi River. The images from April and May 2011, on the other hand, show flooded conditions from north of Memphis, Tennessee, to Vicksburg, Mississippi. Flooding is also apparent on the White River, and increases substantially between April 29 and May 8, 2011.

On May 9, 2011, the Advanced Hydrological Prediction Service (AHPS) of the National Weather Service reported that the Mississippi’s water level reached 47.82 feet (14.58 meters) at 11:00 a.m. CDT in Memphis, Tennessee, and 51.9 feet (15.8 meters) at noon CDT in Vicksburg, Mississippi. Both sites were in major flood stage, the AHPS reported, and the water level in Vicksburg was projected to reach 55.6 feet (16.9 meters) around noon on May 13.