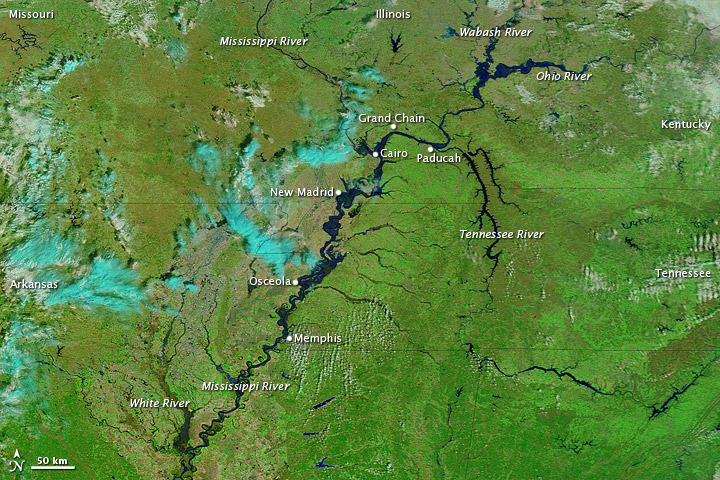 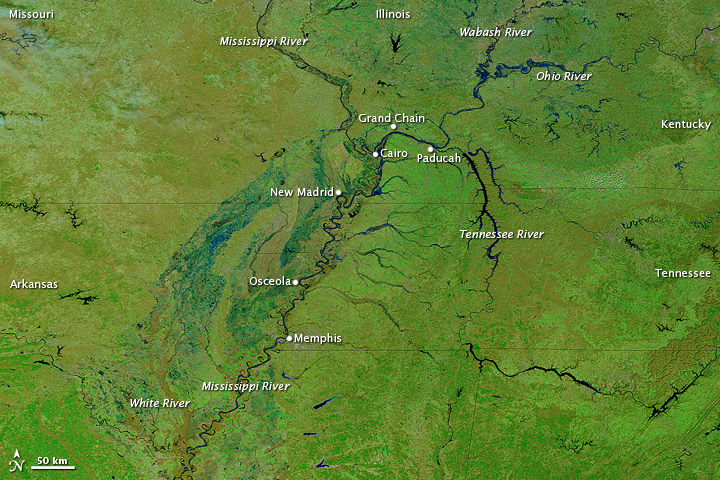 Water rose on the Mississippi River and some of its tributaries in March 2011. The Advanced Hydrological Prediction Service of the U.S. National Weather Service reported flooding in numerous locations, including major flooding in Grand Chain and Osceola; moderate flooding in New Madrid, Cairo, and Paducah; and minor flooding in Memphis.

The Moderate Resolution Imaging Spectroradiometer (MODIS) on NASA’s Terra satellite acquired these images on March 20, 2011 (top), and March 1, 2011 (bottom). These images use a combination of infrared and visible light to increase the contrast between water and land. Water ranges in color from electric blue to navy. Vegetation is green. Clouds range in color from white to bright blue-green.