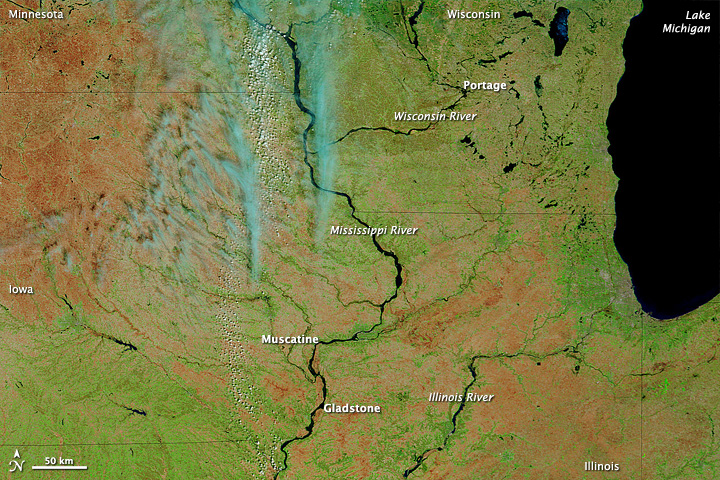 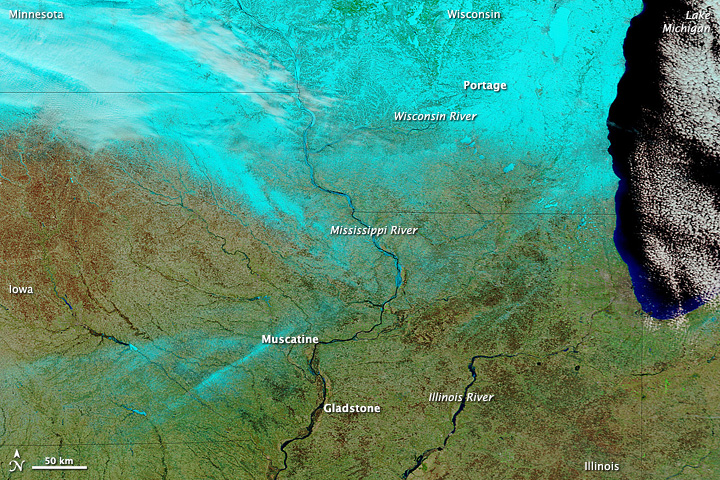 The Moderate Resolution Imaging Spectroradiometer (MODIS) on NASA’s Terra satellite acquired these images on April 12, 2011 (top), and March 2, 2011 (bottom). Both images use a combination of infrared and visible light to increase the contrast between water and land. Snow is turquoise; water is navy; and iced-over water bodies are bright blue. Clouds range in color from blue-green to nearly white. Vegetation is green and soil is earth-toned. The redder hues in the April image may result from the angle of the satellite sensor.

Snow blankets roughly the northern third of the area in early March, and ice appears along the Mississippi River. Several weeks later, the snow has disappeared, and the Mississippi has widened downstream. Nearly invisible in early March, the Wisconsin River is easily identified in April. The Illinois River, in contrast, appears to show little change.

Rising Waters on the Minnesota and Mississippi Rivers

Acquired March 27, 2011, and February 28, 2011, these false-color images show rising waters on the Minnesota and Mississippi Rivers.