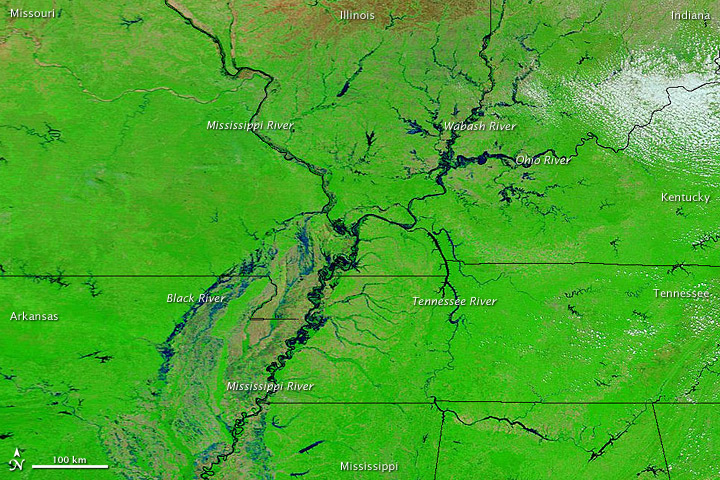 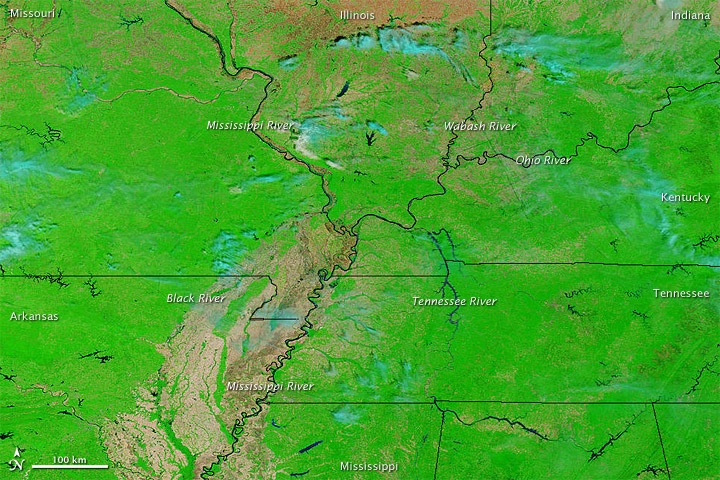 Water levels were extremely high along the Mississippi and other central U.S. rivers on April 29, 2011. The Moderate Resolution Imaging Spectroradiometer (MODIS) on NASA’s Terra satellite acquired the top image on April 29, 2011, and the bottom image exactly one year earlier.

Both images use a combination of infrared and visible light to increase the contrast between water and land. Water ranges from electric blue to navy. Clouds range from pale blue-green to nearly white. Vegetation is green, and soil is brown. In 2011, multiple rivers have spilled over their banks, part of an ongoing pattern of spring flooding made worse by violent storms.

Despite the persistent high water, the floods had abated somewhat by May 1, 2011, according to the Advanced Hydrological Prediction Service (AHPS) of the U.S. National Weather Service. On that date, the AHPS said, 53 river gauges reported major flooding, 81 gauges reported moderate flooding, 116 gauges showed minor flooding, and 198 showed conditions near flood stage. These numbers were down slightly from a few days earlier.