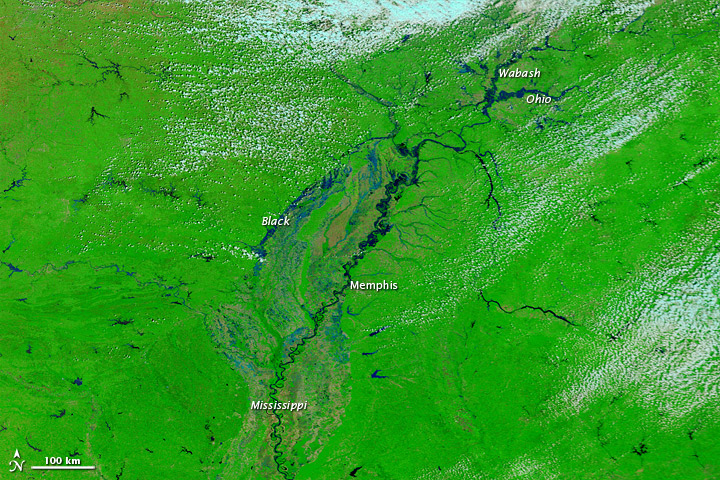 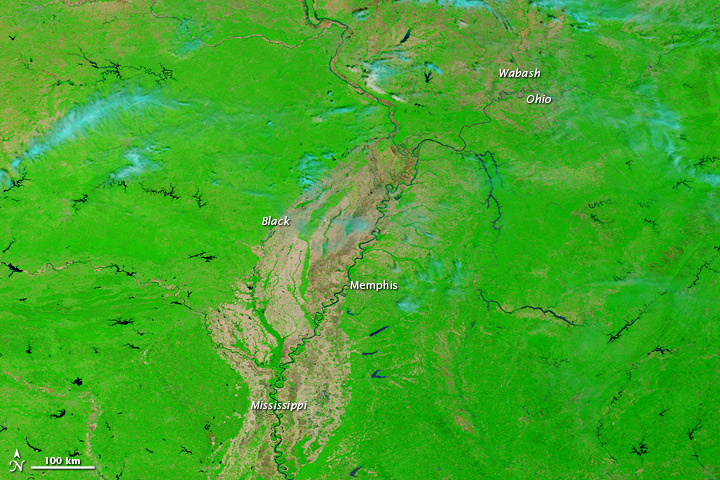 While deadly storms raged in the southern and central United States, several rivers continued to spill over their banks in late April 2011, part of ongoing spring flooding in the U.S. and Canada.

On April 28 in the afternoon, 62 river gauges reported major flooding, 109 gauges had moderate flooding, 233 gauges showed minor flooding, and 298 showed conditions near flood stage, according to the Advanced Hydrological Prediction Service (AHPS). Flooding was concentrated in the U.S. Midwest and South, with some in the Northeast.

The Moderate Resolution Imaging Spectroradiometer (MODIS) on NASA’s Terra satellite acquired these images on April 28, 2011 (top), and April 29, 2010 (bottom). Flood conditions appear far worse in April 2011 than a year earlier, as the Wabash, Ohio, Black, and Mississippi Rivers are all considerably higher.

Both images use a combination of infrared and visible light to increase the contrast between water and land. Water ranges in color from electric blue to navy. Clouds range from pale blue-green to nearly white. Vegetation is green, and soil is brown. Vegetation appears more prevalent around the Mississippi, as does standing water.