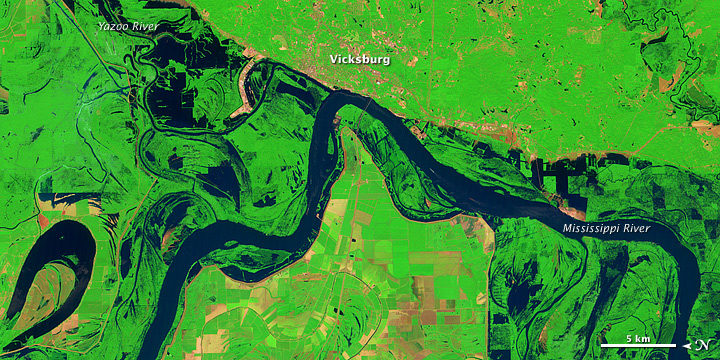 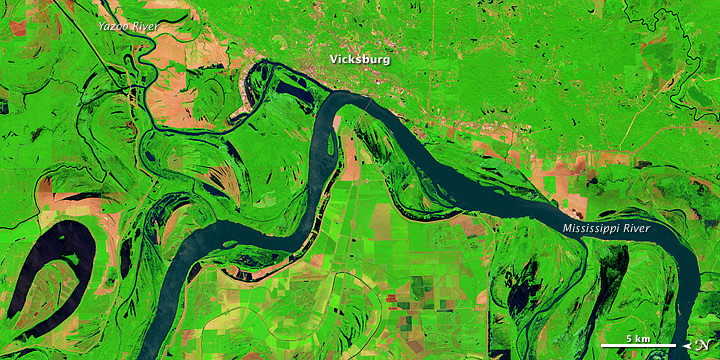 On May 19, 2011, the Mississippi River reached an historic crest at Vicksburg, Mississippi. According to the Advanced Hydrological Prediction Service (AHPS) of the U.S. National Weather Service, the river reached 57.10 feet (17.40 meters) that day. By early June 2011, flooding had receded considerably around Vicksburg, but water still remained above normal.

The Thematic Mapper on the Landsat 5 satellite captured these images on June 11, 2011 (top), and June 18, 2008 (bottom). In these false-color images, water is navy blue. Depending on land use, land that is not underwater is green or burnt orange. These images are rotated, and north is to the left. In June 2011, flooding is evident throughout the scene, both east and west of the Mississippi River. Standing water is most apparent, however, in the floodplain between the Yazoo and Mississippi Rivers north of Vicksburg.