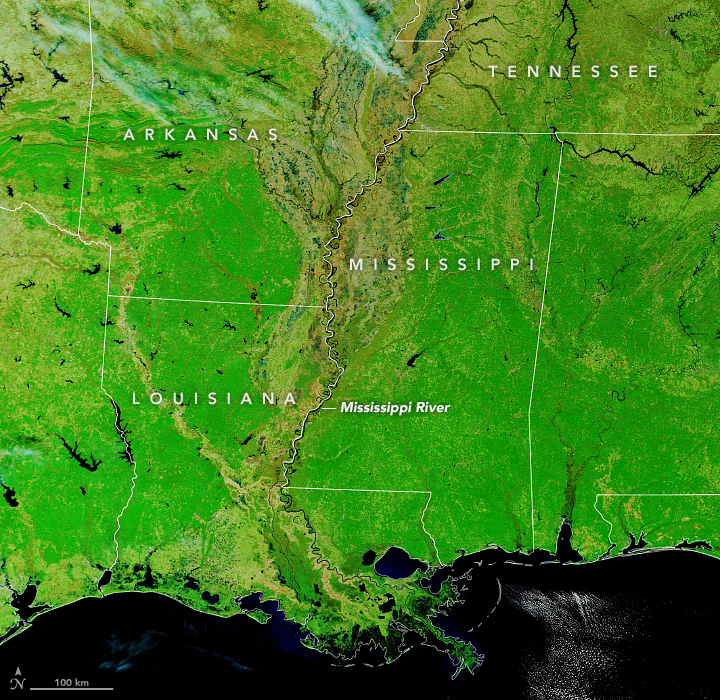 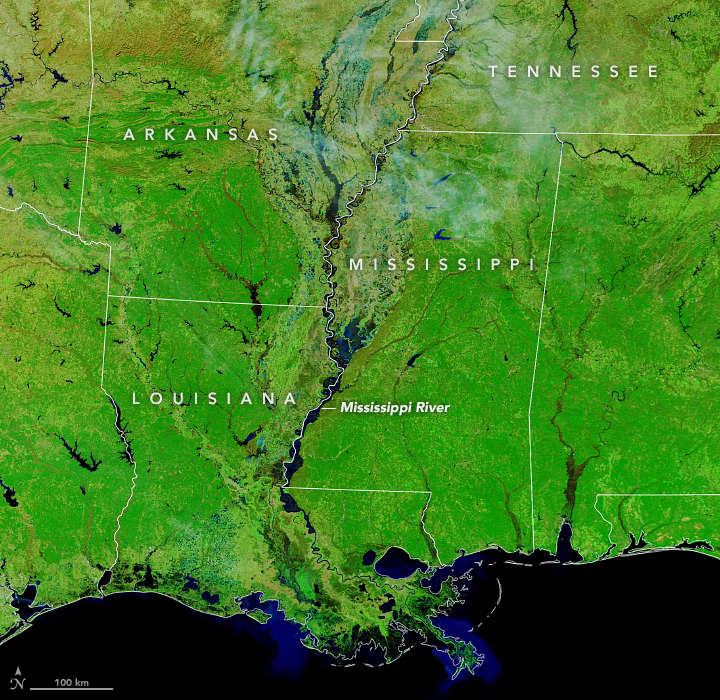 Persistent heavy rains across the Mississippi River watershed swelled the river to its banks, occasionally causing water to spill onto floodplains in late January 2020. By early February, the river was near or above flood stage in parts of Arkansas, Tennessee, Mississippi, and Louisiana, though high water has already crested in most places.

The Moderate Resolution Imaging Spectroradiometer (MODIS) on NASA’s Terra satellite acquired false-color images of the Mississippi Delta and the lower reaches of the river on December 4, 2019, and February 2, 2020. The combination of near-infrared and visible light makes it easier to see where the river is out of its channel and spread across the floodplains, particularly in the broad delta of the Lower Mississippi.

As of February 4, the NOAA Advanced Hydrological Prediction Service reported 3 river gauges with moderate flooding, 12 with minor flooding, and 17 near flood stage along the Lower Mississippi. The river crested in Natchez, Mississippi, on January 30, and approached major flood stage near Baton Rouge, Louisiana, on February 1. On the morning of February 4, the National Weather Service (NWS) was still issuing flood warnings for the river near Baton Rouge, Donaldsonville, and Red River Landing.

NWS scientists noted that soils were nearly saturated across large sections of the Upper Mississippi watershed, leaving little capacity to soak up new rainfall. Much of the rainfall this winter has ended up flowing down the river. The Lower Mississippi usually sees its highest waters in April.

In 2019, the Mississippi River was at or above flood stage for most of January through early August. Much of the region is still trying to rebuild and repair infrastructure as the 2020 spring flood season looms.