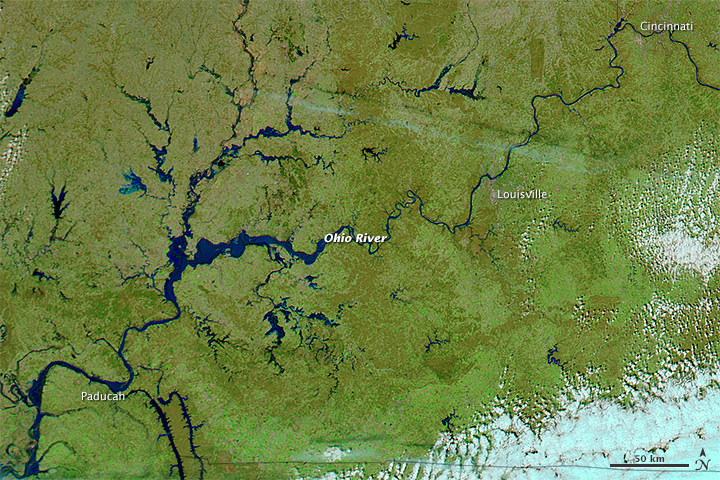 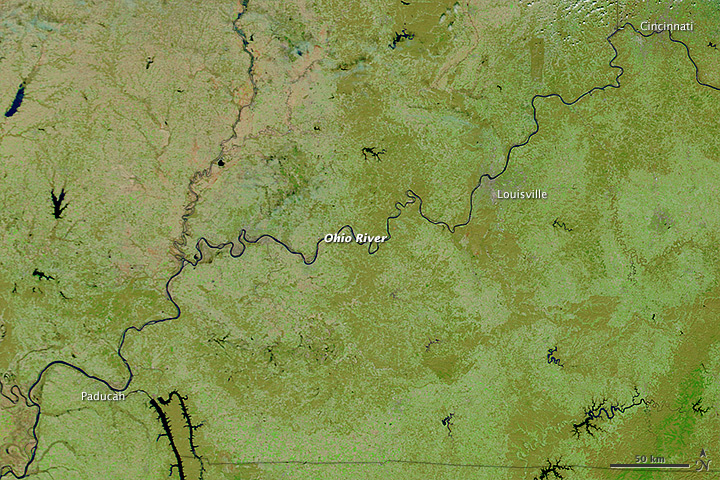 A combination of melting snow and heavy rainfall in March 2015 brought floods to the Ohio River watershed of the United States, just above the confluence with the Mississippi River. For most of the third week of March, the Ohio River was above flood stage across much of its length, as were the Green, Wabash, White, and other tributaries in Indiana, Illinois, Kentucky, and Ohio.

Nearly five inches (13 centimeters) of rain fell in Cincinnati in the first two weeks of March, and the Ohio River reached its highest level (57.5 feet or 17.5 meters) since 1997. Downstream about 8 inches (20 cm) of rain fell in Paducah, Kentucky, mixing with melting snow to raise the Ohio River to 45.54 feet (13.88 m) on March 17; flood stage is 39 feet (12 m). The rising rivers were backed up by ice jams in some areas, flooding roads and low-lying communities. Though waters were receding on the upper reaches by March 19, communities to the south along the Mississippi River were warned of potential flooding as the surge of fresh water headed downstream.

The Moderate Resolution Imaging Spectroradiometer (MODIS) on NASA’s Aqua satellite acquired the top image of flooding around the region on March 17, 2015. The second image, acquired by NASA’s Terra satellite on March 20, 2014, shows the same area during a more typical spring. Turn on the image comparison tool to see the difference.

The images were both assembled from false color data, using a combination of infrared and visible light (MODIS bands 7-2-1). Floodwater appears navy or black; vegetation is bright green; and bare ground is brown. This band combination makes it easier to spot changes in river dimensions.

In its spring outlook for April through June, the National Oceanic and Atmospheric Administration (NOAA) noted that the wet winter “has primed soils and streams for flooding to persist in Kentucky, southern Illinois, and southwest Indiana with the typical heavy spring rains seen in this area.” Looking to the north and east, NOAA warned of the potential for spring flooding in New York and New England if the deep snowpack from winter was melted quickly by heavy rains or rapidly warming temperatures. 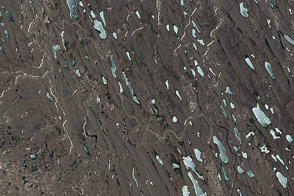 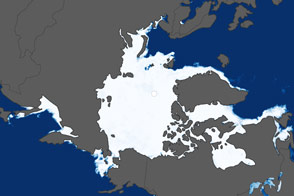