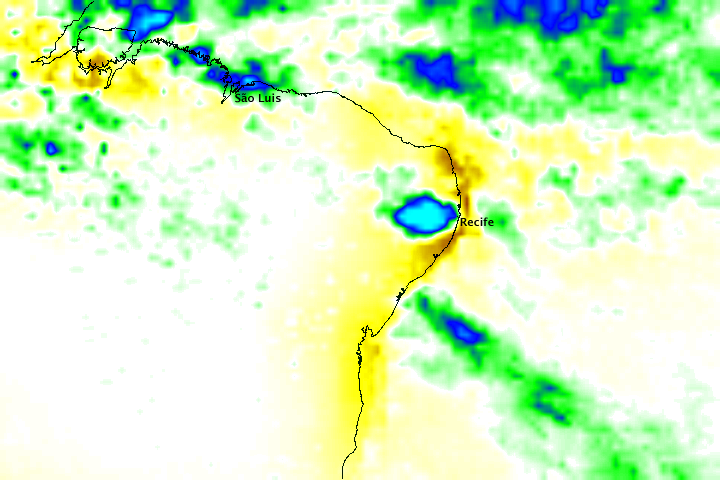 At least 42 people had died, 1,000 more were missing, and some 100,000 were forced from their homes in northeastern Brazil in late June 2010. Torrential rains battered the region for nearly a week, causing floods that likely destroyed entire villages, the BBC reported on June 23, 2010. Floods pushed the River Mundau over its banks near the town of Uniao dos Palmares, leaving 500 people missing, according to local authorities. Elsewhere, floods washed away roads and hillsides.

This color-coded map shows rainfall anomalies for northeastern Brazil from June 7 to June 20, 2010.