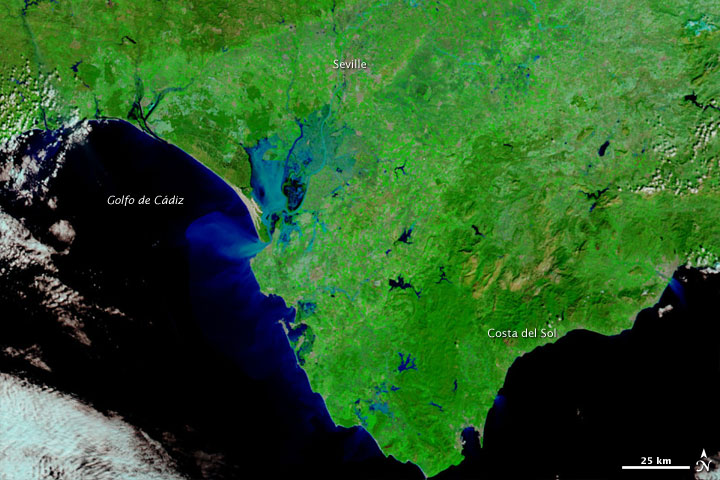 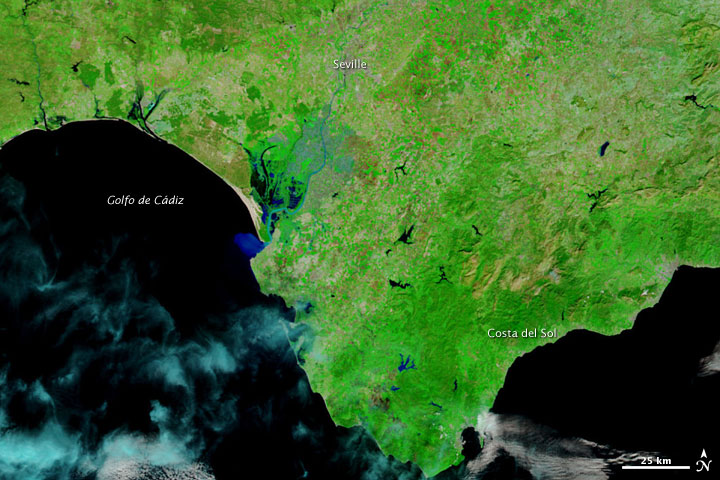 By late February 2010, flooding had forced the evacuation of more than 1,000 people in southern Spain, according to the Dartmouth Flood Observatory. Heavy rains affected the provinces of Cordoba, Jaen, and Seville, blocking roads as well as flooding homes.

Much of the flooding in the province of Seville occurred along the Guadalquivir River, which flows past the city of Sevilla (Seville) en route to the Golfo de Cádiz. Before emptying into the gulf, the river feeds wetlands along the coast, and the most conspicuous difference between the image from March 2010 and the image almost exactly a year earlier is the soggier appearance of these wetlands. Whereas patches of bright green cluster around discrete water bodies in the 2009 image, electric blue—suggestive of standing water—surrounds the deeper water bodies in 2010. Away from the wetlands, in the direction of Costa del Sol, several water bodies appear swollen in 2010. Overall, the landscape appears greener in the later image, indicating that greater precipitation in 2010 spurred plant growth in the normally arid region.