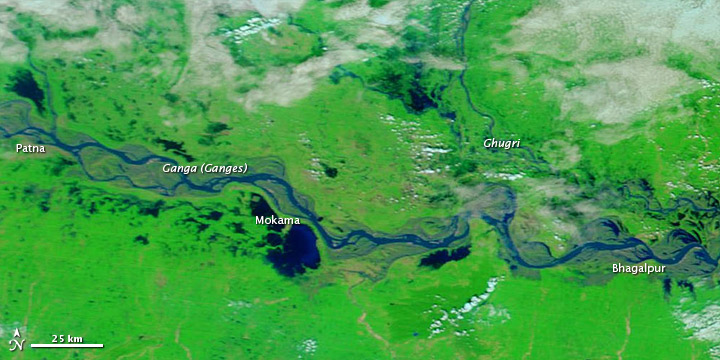 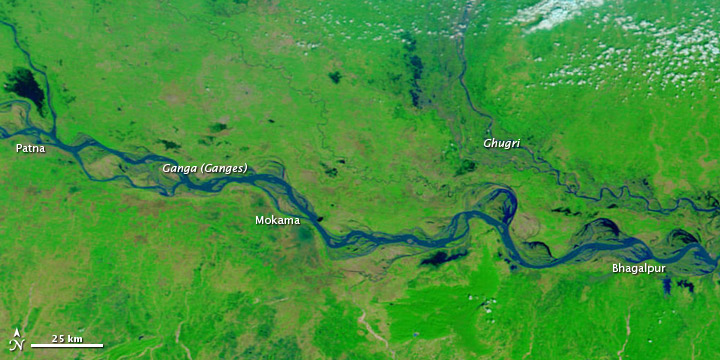 The Moderate Resolution Imaging Spectroradiometer (MODIS) on NASA’s Terra satellite captured these images of the Ganges (or Ganga) River between Patna and Bhagalpur; as well as the Ghugri River, a Ganga tributary. The top image is from October 8, 2011, and the bottom is from October 10, 2010. Both images use a combination of infrared and visible light to increase contrast between water and land. Water ranges from electric blue to navy. Vegetation is green. Bare ground is earth-toned. Clouds are pale blue-green.

In 2011, large areas of standing water fill floodplains south of the Ganges. The largest area of standing water appears near Mokama, but it is also evident west of the Ghugri River. Despite the higher water levels relative to the previous year, water in this area looks lower than it did in August 2011.

Daily News and Analysis reported that flooding in Bihar had submerged villages and washed out roads by October 1. The Ganges was flowing above its danger mark in some locations.

Flooding struck multiple rivers in the Indian state of Bihar in early October 2011. 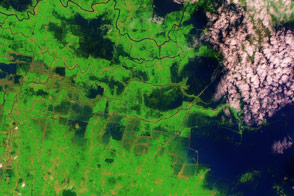 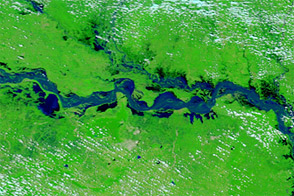