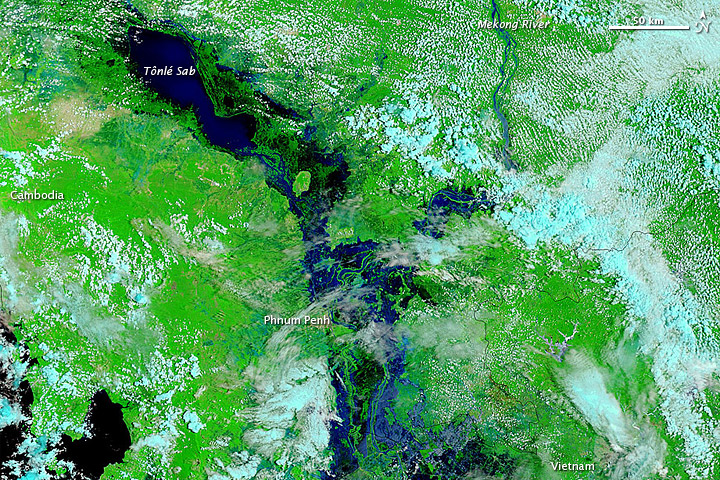 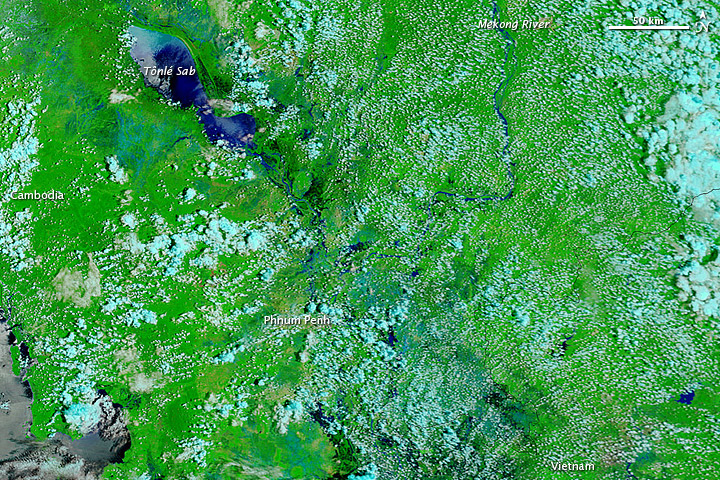 The Moderate Resolution Imaging Spectroradiometer (MODIS) on NASA’s Terra satellite captured these images on August 24, 2011 (top), and August 26, 2010 (bottom). These images use a combination of visible and infrared light to better distinguish between water and land. Vegetation is green, and clouds are pale blue-green. Water ranges in color from navy to silver-blue. The silver tones of the water result from sunlight reflecting off the water surface.

This region experiences persistently cloudy weather, but regardless of some cloud cover, significant changes are apparent between August 2010 and August 2011. Water is higher in and around Tônlé Sab, and large areas of standing water cover the ground north, east, and south of Phnum Penh.