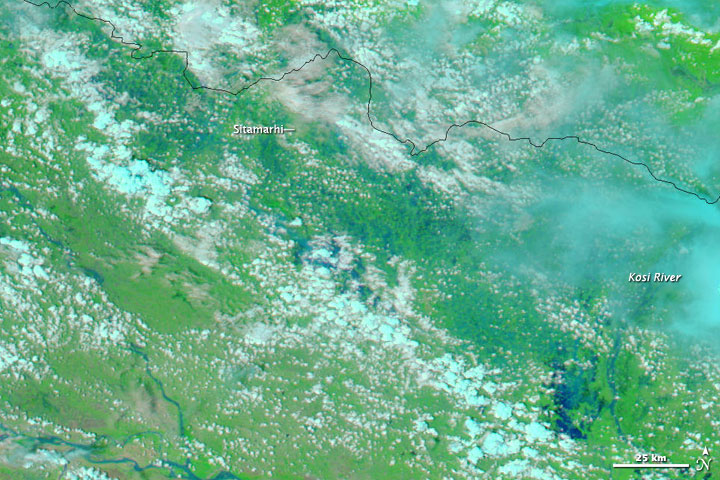 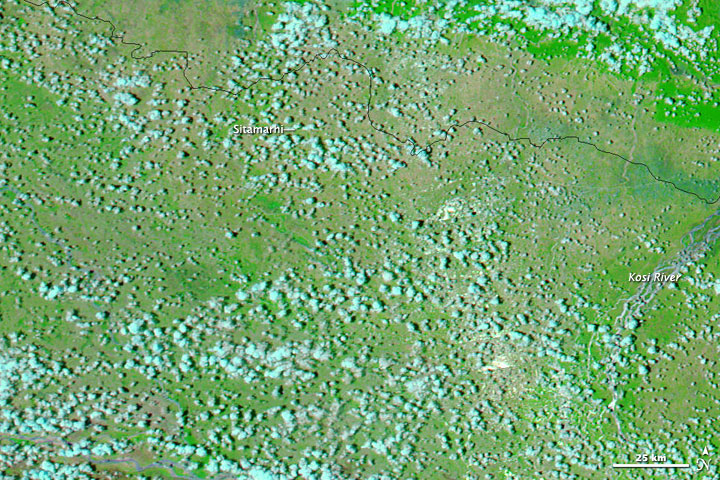 The northeastern Indian state of Bihar experienced severe flooding in early August 2009, leaving thousands of residents homeless. According to an article in HindustanTimes.com, a river in the Sitamarhi District of northern Bihar breached its banks, flooding almost 200 villages.

The Moderate Resolution Imaging Spectroradiometer (MODIS) on NASA’s Aqua satellite captured the top image on August 1, 2009. MODIS acquired the bottom image of the same area on July 18, 2009. Both images use a combination of infrared and visible light to increase the contrast between water and land. Vegetation appears bright green, clouds appear bright turquoise, and water appears electric blue.

Clouds dot the sky over the area in mid-July, but little water is apparent. The braided-stream river channel of the Kosi appears clearly in this image. Much of the image acquired on August 1, however, appears electric blue, thanks to swollen water bodies and standing water. Although clouds hide much of the Kosi River in the August 1 image, a large area of standing water appears just off the river channel.

Bihar is no stranger to severe flooding. In August 2008, the Kosi River broke through an embankment, departing from its regular channel and heading straight south toward the Ganges River.