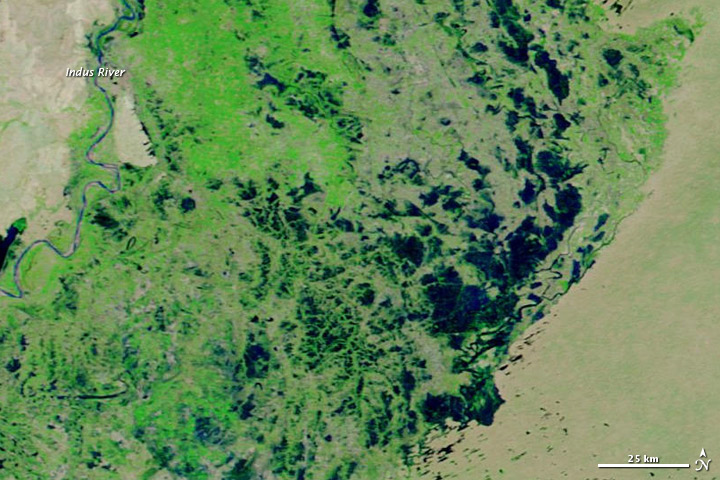 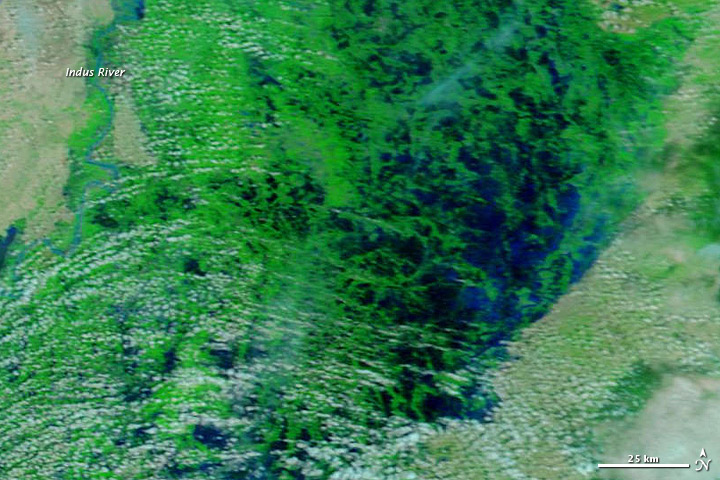 Both images use a combination of visible and infrared light to better distinguish between water and land. Water is dark blue, vegetation is green, bare ground is pink-beige, and clouds are pale blue-green.

The flooding resulted from unusually heavy monsoon rains over southern Pakistan in late summer of 2011. This flooding occurred one year after historic floods struck the country.

By late October, flooding had receded significantly, but compared to typical conditions at this time of year, water remained very high. On October 27, 2011, the United Nations Office for the Coordination of Humanitarian Affairs (OCHA) reported that stagnant water continued to pose serious environmental and health hazards. Waterborne diseases were on the rise, and the onset of winter was expected in many flood-affected areas in mid-November. Ironically, surrounded by standing water, one resource locals lacked was clean drinking water, OCHA said.