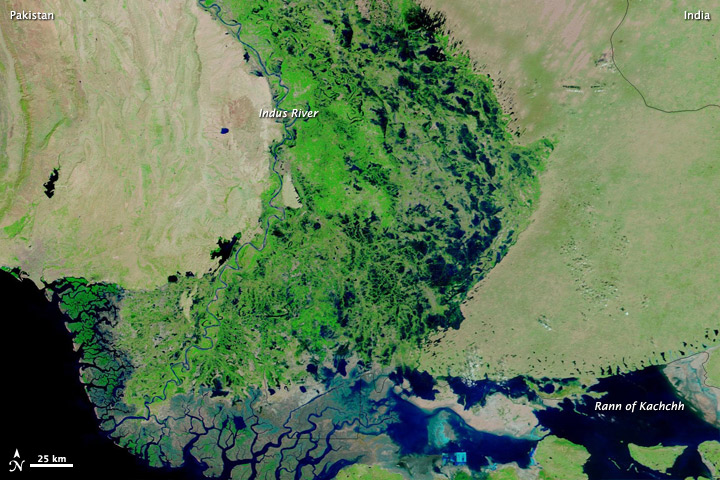 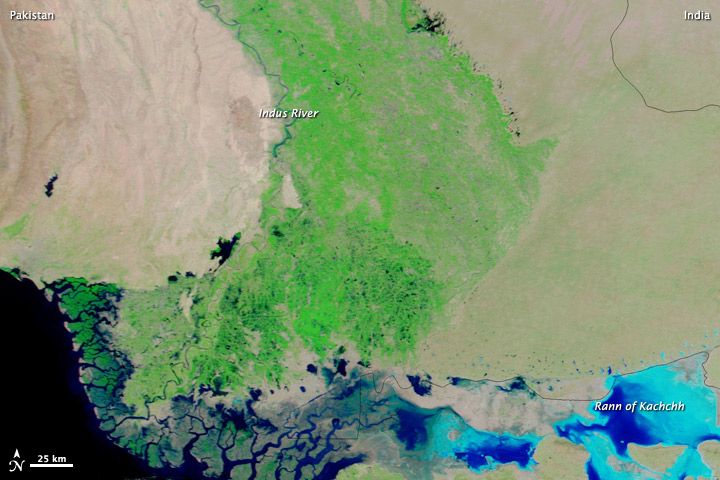 Heavy monsoon rains submerged parts of southern Pakistan in the summer of 2011. As of October 14, 2011, flood water was starting to recede, according to the United Nations Office for the Coordination of Humanitarian Affairs (OCHA). OCHA stated that roughly 20 percent of the people displaced by the floods had started to leave refugee camps, but shortages of shelter and safe drinking water plagued the survivors as winter loomed.

The Moderate Resolution Imaging Spectroradiometer (MODIS) on NASA’s Terra satellite captured these images of southern Pakistan on October 17, 2011 (top), and October 15, 2009 (bottom). Both images use a combination of visible and infrared light to better distinguish between water and land. Water varies in color from electric blue to navy. Vegetation is green, and bare ground is pink-beige.

Compared to two years earlier, flooding is easy to spot in 2011. Flood water sits on the land west and (especially) east of the Indus River. Water is significantly higher in the Rann of Kachchh (or Kutch), a salt marsh, in the southeast. This round of flooding arrived one year after historic floods affected Pakistan in 2010.